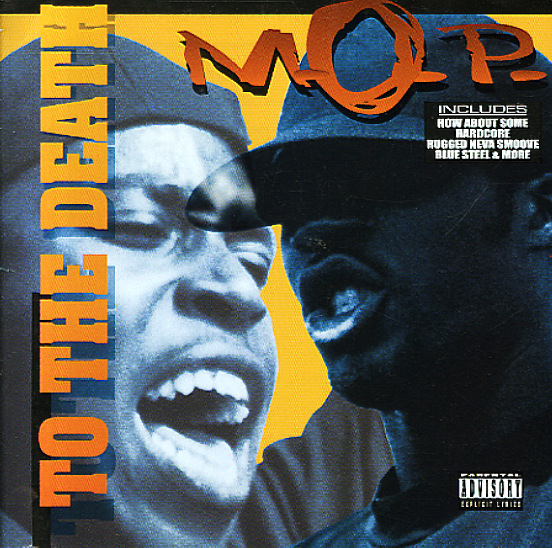 The great first full length set from MOP – issued after the made a big splash on the Hill Is Real compilation, and the start of a great run that eventually led to major label fame! Yet here, they're still nicely close to their roots, and very much in the best side of the east coast hardcore scene of the time – banging with the kind of beats that would make you sit up a bit more when catching the group's tracks coming over the airwaves on some late night all hip hop show from the left end of the dial! Tracks include "Crimetime 1-718", "Rugged Neva Smoove", "Ring Ding", "Heistmasters", "Blue Steel", "Who Is MOP", "To The Death", "Big Mal", "Top Of The Line", "This Is Your Brain", "Drama Lord", "Fake Ass Gangsta", "How About Some Hardcore", "Positive Influences", and "Guns And Roses" – all produced by DR Period, except for the last one!  © 1996-2023, Dusty Groove, Inc.

2 Hype (white vinyl pressing)
Select, 1988. New Copy (reissue)
LP...$23.99 27.99
Maybe not the hypest record of the 80s, but a set that's pretty darn great overall – and which really helped find a way to reintroduce the vibe of the early street party scene back into the feel of hip hop on wax! Kid and Play aren't out to change the world with their politics or set a new ... LP, Vinyl record album