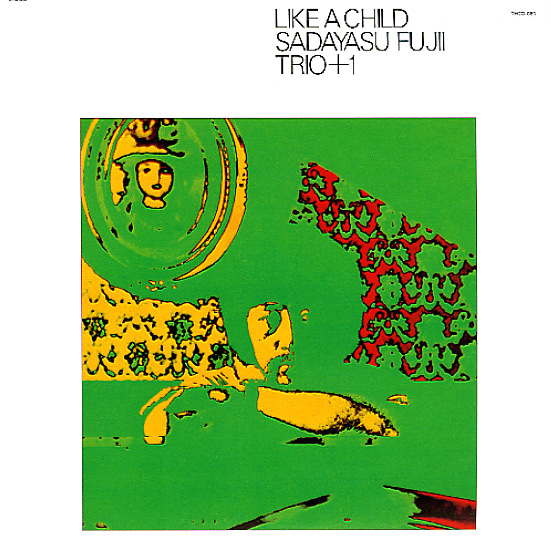 Way more than just a standard piano trio album from the 70s – thanks partly to the presence of saxophonist Saburo Sato, whose alto really makes a few tunes sparkle nicely here! The album's also got a great asset in the vocals of Kohji Moriyama – the drummer in the trio, but also a singer too – one with a raspily scatting voice that sounds wonderful on the album's version of "One Note Samba" – done as an upbeat groover with fast changes, in ways that could make it a jazz dance classic! Other tunes are a bit more straight ahead, but totally great too – and since half the album features the trio, those numbers have the piano of Sadayasu Fuji dominating – while the remaining tracks bring nice focus on Saburo's alto. Titles include "The Southern Cross", "Like A Child", "Frisky", "One Note Samba", and "If I Should Lose You".  © 1996-2023, Dusty Groove, Inc.