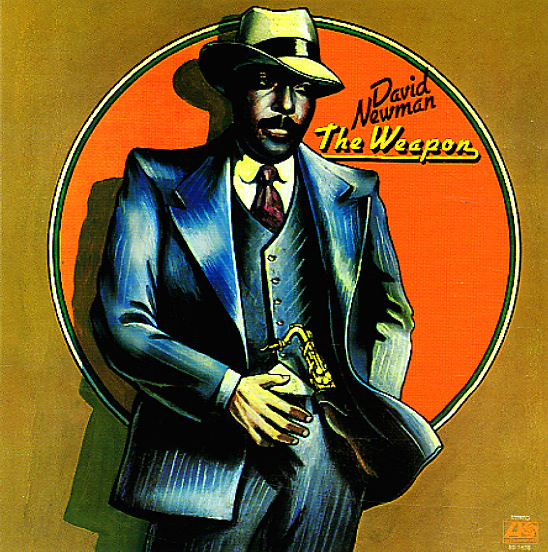 One of the sweetest, funkiest 70s sets from reedman David Fathead Newman – an album that has the saxophonist blowing over some great arrangements from William Eaton – who brings in a full sound that almost gives the album a soundtrack sort of vibe! Newman's tenor, alto, and flute get plenty of solo space throughout – and the richer arrangements by Eaton really bring in a strong set of feeling to the record – a depth that David wouldn't have been able to achieve on his own, and which really seems to influence the level of his solos. Other players are great too – and include Richard Tee on organ, Cornell Dupree on guitar, and Bernard Purdie on drums – and the set includes a number of tracks by Allen Toussaint, including "Yes We Can Can", "Happy Times", and "Freedom For The Stallion". Other titles include "Missy", "You Can't Always Get What You Want", and "Seems Like I Gotta Do Wrong".  © 1996-2022, Dusty Groove, Inc.
(2013 EU pressing with Japanese obi – still sealed!)

Straight Ahead
Atlantic/Collectables, 1961. Used
CD...$8.99
A tasty jazz session from David Fathead Newman – straight ahead, as the title implies, but still with some of the R&B touches that Newman crafted during his years with Ray Charles! The jazz side of the album's held down very nicely by a rhythm section that features Wynton Kelly, Paul ... CD

Bigger & Better/Many Facets Of David Newman
Atlantic, 1968/1969. Used
CD...$6.99
2 incredible records by David Newman – back to back as a single CD set! Bigger & Better is one of the best David Newman albums for Atlantic from the 60s – and one that breaks past the R&B-influenced formula of earlier albums! This one features some great arrangements by ... CD