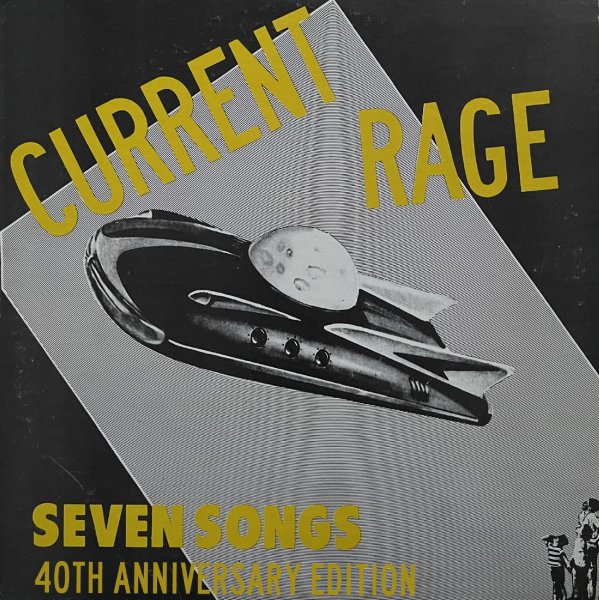 Also available
Current Rage — Seven Songs (with bonus tracks) ... CD 13.99
Current Rage — Seven Songs (with bonus tracks) ... LP 23.99
Current Rage were one of the more obscure groups to come out of the Athens, GA scene in the early 80s – but they've also got all the instantly creative energy that made that short-lived world of music every bit as exciting as some of the best New York sounds at the time! There's a nicely choppy approach to the rhythms going on here, and plenty of strong guitar play too – deft music that's somewhere in the territory of Pylon, and like that group, maybe a warmer US answer to British post-punk sounds of the same time. Titles include "Right Side Of The Brain", "Bitte Schoen", "Sweet Torture", "My Dog Sam", "Looking Through Gels", and "Scream In The Dark". Expanded version features bonus tracks that include "Adventures In America", "Punch A Clock", "The Theme", "Constant Hiss", and live tracks "My Dog Sam", "AF", "Tequila", and "The Book Pressed Flowers".  © 1996-2023, Dusty Groove, Inc.
(Limited edition yellow vinyl pressing.)