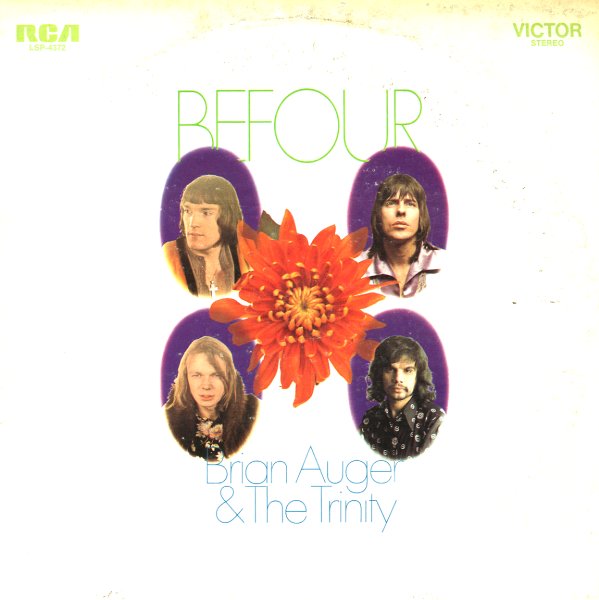 The third album from Brian Auger & The Trinity – and the first to feature the group recording without vocals from Julie Driscoll! The sound here is just as soulful as before – a tight take on American soul jazz and funky soul of the 60s – pushed along by Auger's mighty work on the Hammond organ, and featuring (this time around) some male lead vocals, which seem to give the album an even deeper feel than earlier work! Auger's included some great covers of American tunes like "I Want To Take You Higher", "Listen Here", and "Maiden Voyage" – all redone with some great Brit beat group touches – and the album also features a great take on Faure's "Pavane", and Auger's own "Just You Just Me".  © 1996-2022, Dusty Groove, Inc.
(Stereo pressing, LSP-4372. Cover has light wear.)