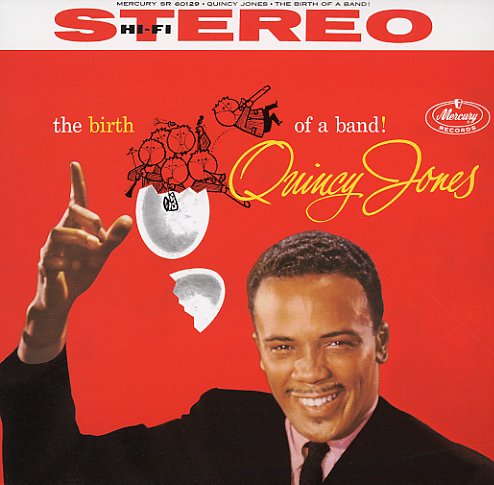 A very swingin, very groovy early album from Quincy – one that's clearly in the big band mode, but handled with soulful touches that really set it apart from the genre! The band is a great one all the way through – and the album features solos by Zoot Sims, Jerome Richardson, Phil Woods, Clark Terry, and Harry Edison. Tracks are very often in a soul jazz mode – arranged by Quincy and Melba Liston – and featuring versions of some of the best jazz compositions of the time. Titles include "Moanin", "I Remember Clifford", "Along Came Betty", and "Whisper Not".  © 1996-2021, Dusty Groove, Inc.
(Mono black label pressing with deep groove. Cover has light wear and aging and some small stains on back.)