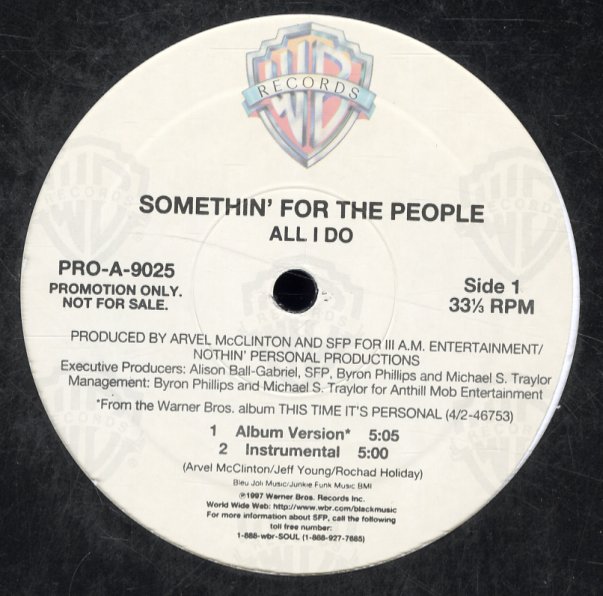 All I Do (album, inst, tv mix, acapella)