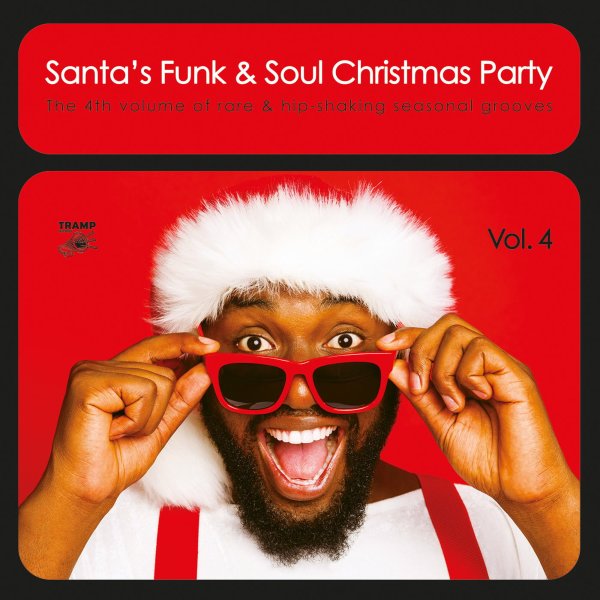 Also available
Various — Santa's Funk & Soul Christmas Party Vol 4 (with bonus 7 inch single) ... LP 22.99
Your Christmas just got a whole lot funkier – thanks to a wonderful entry in this legendary series – maybe one of the coolest collections ever of hard-to-find Holiday grooves! As with previous volumes, almost all the tracks here are pulled from rare funky 45s – obscure original Christmas songs issued on 7" singles, most on very obscure labels – and together, the tracks offer up a really great way to re-think the sound of your house around the holidays – music that goes way past the overplayed tracks you always hear at the shops during December! These cuts are overflowing with new ideas, and offer a mighty fresh take on familiar spirits for the season – as you'll hear on titles that include "The Year Around Christmas" by Sam Applebaum, "Christmas Is" by Ruth Harley, "Santa Claus" by Ray Williams & The Space Men, "Christmas Strutt" by Hot & Sassy, "It's Xmas Time" by Wayne Champion, "Everybody Is A Santa Claus" by Fred Sebastian, "I Won't Be Home For Christmas" by Major Handy, "Christmas Presents" by Bobby Peterson, "It Feels Like Christmas" by Bill Deal & Pure Pleasure, and "Xmas Party" by Eddie & The De-Havelons.  © 1996-2022, Dusty Groove, Inc.