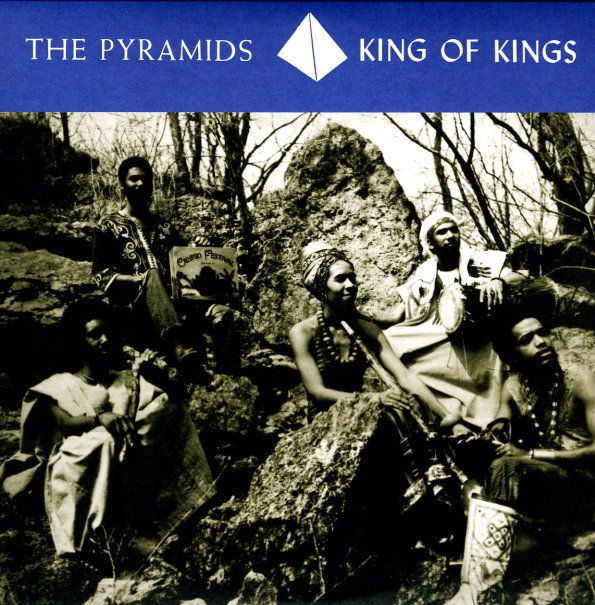 Incredible music from The Pyramids – an obscure Midwestern combo who made some pretty amazing records in the early 70s! There's a heavy dose of spirituality in the mix here – a vibe that rivals some of the best albums of the time on Strata East, but with a freer sound overall – elements of the AACM Chicago scene, or some of the hipper grooves coming out of St Louis – particularly in the way the band builds up energy on the longer tracks. The reeds are especially nice – alto sax from Idris Ackamoor and flute from Margo Ackamoor – and all other group members play percussion, and vocalize too – singing along with some of the tunes in chanting, chorus formation, which adds an even further element of soul to the mix. Rhythms range from hard-driving to completely hypnotic – and titles include "Nsorama", "My Africa", "Mogho Naba", and "Queen Of The Spirits".  © 1996-2023, Dusty Groove, Inc.