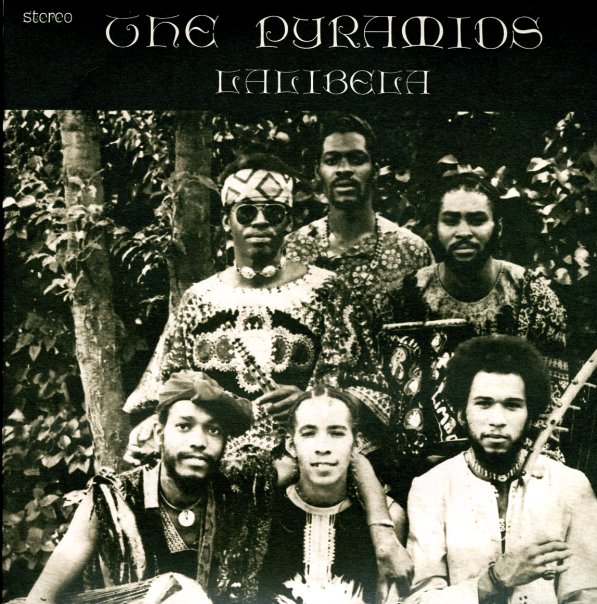 The first of three albums issued by The Pyramids – a wonderful bit of spiritual soul jazz with a really cosmic feel! The group are heavy on percussion and reeds – blending congas and assorted other percussion instruments with soprano sax, alto, and flute – all in a captivating sound that builds up nicely over the course of the album's two long tracks! The music is very organic – never too forced, nor never too far out – and there's a majestic quality to the whole thing, one that really lives up to the group's name and image on the cover. And although the ensemble hail from Ohio – hardly a spot you'd peg for spiritual jazz in the 70s – they're a key link between the early 70s avant movements in Chicago and St Louis, some of the hip grooves in Detroit's Tribe Records scene, and the growing loft jazz movement in New York. The title track – "Lalibela" – spans a side and a half of the record, and it's followed by the 16 minute tune "Indigo".  © 1996-2023, Dusty Groove, Inc.