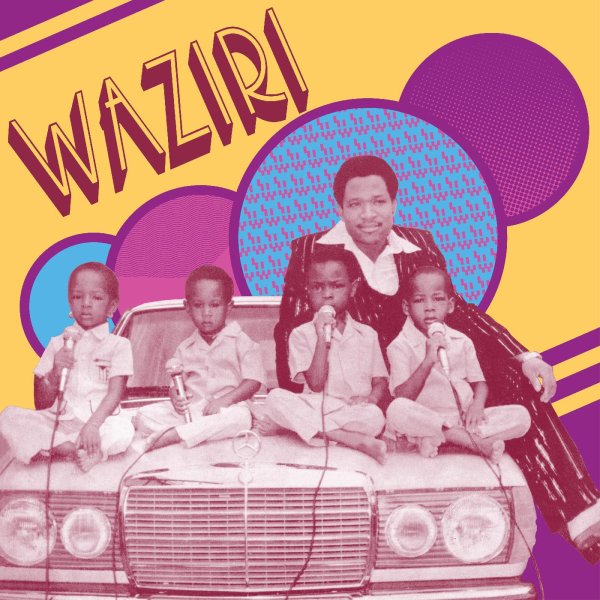 A huge package of work that finally brings the rare Nigerian albums of Alhaji Waziri Oshomah to a much larger global audience – all beautifully brought together with a booklet that pays tribute to Oshomah, with contributions from his family – and sound quality that's a heck of a lot better than tracking down scratched-up original copies of the vinyl! The sound here is amazing – a really unique fusion of both the spiritual and funky currents running through Nigerian music at the time, graced with hypnotic percussion, rhythmic guitar riffs, and some very cool keyboard work at times – all topped with Alhaji's deeply soulful vocals. Imagine a deeper spirituality in the Fela generation, and you'll just get a start at understanding this music – then you'll have plenty to discover across the albums Oyoyo King, Godfather Of Afemai Music, Etsako Super Star, Mr Please Please Please, and Mr Dynamite.  © 1996-2022, Dusty Groove, Inc.

Veseli Romi
Radio Martiko (Belgium), Late 80s. New Copy
LP...$25.99 26.99
A record that's as groovy as the group looks on the cover – and one that comes across with just the blend of acoustic and electric instrumentation the image might imply! Ansambl Mileta Petrovica are a Serbian group from the 80s who took older songs and reworked them with a cool style that's ... LP, Vinyl record album