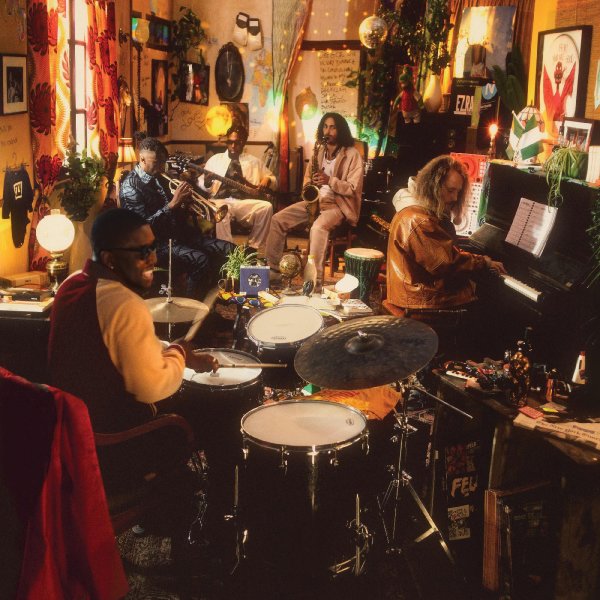 Also available
Ezra Collective — Where I'm Meant To Be ... CD 13.99
Ezra Collective — Where I'm Meant To Be (deluxe orange & yellow marble vinyl pressing – with booklet) ... LP 32.99
Ezra Collective — Where I'm Meant To Be (orange vinyl pressing) ... LP 27.99
Ezra Collective are a group who've been burning up the British scene so much in recent years, they've barely had time to give us a full length album – a situation that's more than corrected by this well-done set! The combo are often tied to some of the best jazz experiments in London of the past decade or so, but in the true fashion of that city's culture, they manage to weave together other strands of music besides jazz – plenty of post-colonial touches from Afro Funk, dub, and even hip hop – while also standing strong with the strength of jazz-based playing to set them apart from so many other groups who just jumble together influences and spill them out in the studio. There's a rock-solid quality to the overall presentation here – a really unified records that moves through tracks that include "Victory Dance", "Live Strong", "Ego Killah", "Togetherness", "No Confusion", "Never The Same Again", "Love In Outer Space", "Belonging", and "Welcome To My World" – plus a few words from Steve McQueen!  © 1996-2023, Dusty Groove, Inc.