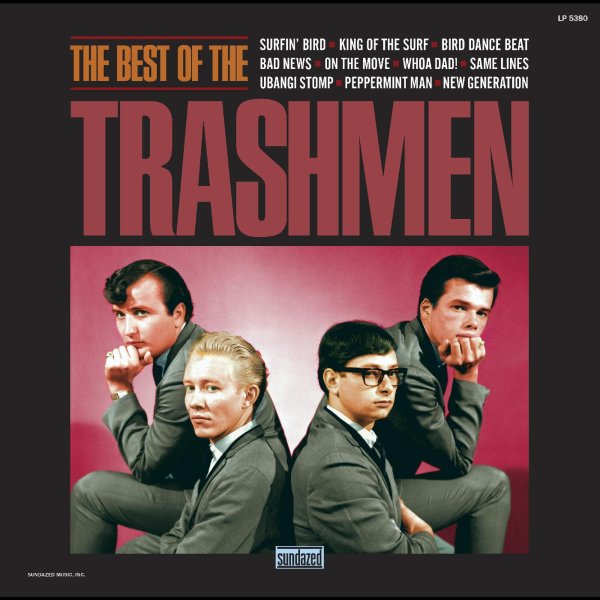 Also available
Trashmen — Best Of The Trashmen (with bonus tracks) ... CD 15.99
The Trashmen are best-remembered for one crazy classic – the legendary "Surfin Bird", one of those old 45s that never gets old – yet the group also have a heck of a lot more to offer, as you'll hear in this well-done set that really captures their magic in all of its glory! The "best of" in the title might be slightly mis-placed – as the package also features some rare gems and unissued tracks – gloriously gritty sides that are certainly some of the rawest work cut on the surf scene in the early 60s! There's both vocal and instrumental numbers, both graced with great guitar and plenty of echo and effects – and in addition to "Surfin Bird", other tracks include "Sleeper", "My Woodie", "Tube City", "A Bone", "True Love", "Ubangi Stomp", "Reelin & Rockin", "Whoa Dad", "Malaguena", "Dance Bird Beat", "Bird Bath", and "Walkin My Baby".  © 1996-2023, Dusty Groove, Inc.