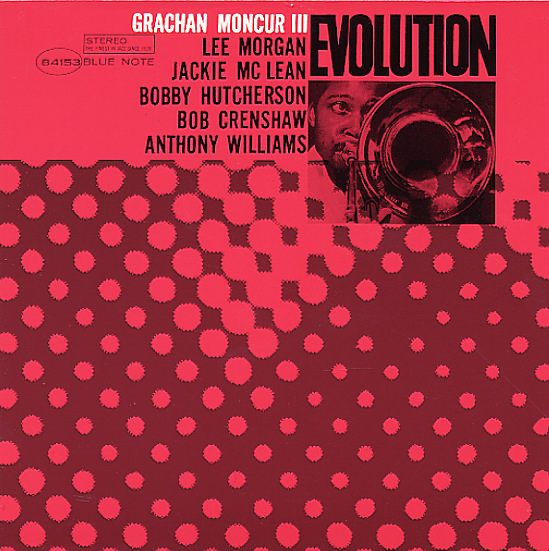 Landmark material from the farther reaches of jazz in the mid 60s – one of two albums that trombonist Grachan Moncur recorded for Blue Note – and a session that ranks as one of the best examples of the "new thing" moment in 60s jazz! Grachan's leading a sextet here that includes a number of players that he cut his teeth with in Jackie McLean's great mid 60's group, including McLean himself on alto, Bobby Hutcherson on vibes, and Tony Williams on drums – all players who were opening up their own doors in the avant jazz world of the time – joined by trumpeter Lee Morgan, who really rises to the occasion, and opens up with a modern tone that's different than some of his own albums! The set features four stunning Moncur compositions – "Air Raid", "Evolution", "The Coaster", and "Monk In Wonderland". It's hard to describe the power of these recordings – but thankfully, we don't have to, as one listen to the album will blow you away!  © 1996-2023, Dusty Groove, Inc.
(Part of the Blue Note Classic Vinyl Series!)