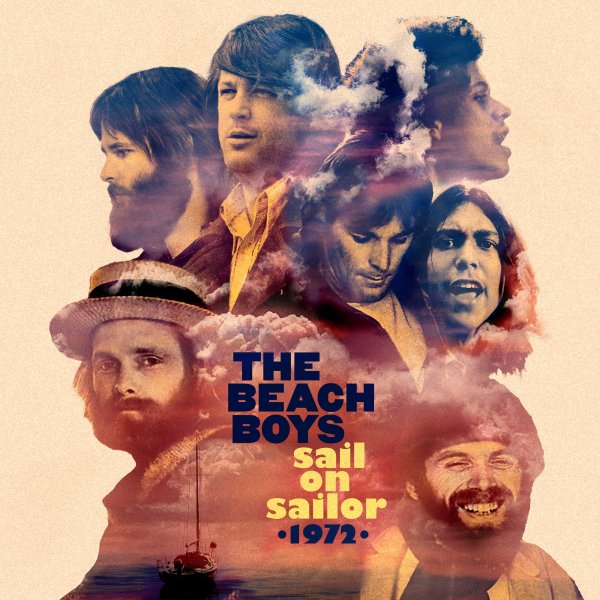 Sail On Sailor (Carl & The Passions/Holland with bonus 7" single)

Also available
Beach Boys — Sail On Sailor (Carl & The Passions/Holland/bonus tracks) ... CD 27.99
Two great Beach Boys albums from the early 70s – plus the bonus ep of material from Holland! The Carl & The Passions album is a bit of a shift for The Beach Boys – as you might guess from the Carl & The Passions billing on the cover! The record's something of a back to basics effort – supposedly a bit more rocking than their previous few records, but still hardly in a simple, 60s mode. Instead, there's a lot of sweetly compressed vocals, of the sort you'd find on 20/20 and beyond – and the tunes, while simple, are also filled with some more tender moments that mix fragile leads and fuller harmonies. Titles include "Hold On Dear Brother", "Make It Good", "Cuddle Up", "All This Is That", "Here She Comes", and "He Come Down". Holland is a much more impressive effort – as it kicks off with the sublime "Sail On Sailor", proof that the group were ready to forge a whole new sound of 70s pop, plus a nice mix of tight pop songs and looser Smile-like tracks. Titles include "The Trader", "Funky Pretty", "Only With You", and the "California Saga". The set also includes the 7" single EP "Mount Vernon & Fairway" – a "fairy tale" that was included with the original Holland record. The work's interesting – especially in that it shows that the group could still be pretty trippy and experimental!  © 1996-2023, Dusty Groove, Inc.

East
Capitol/Life Goes On (Italy), 1972. New Copy (reissue)
LP...$27.99 29.99
The group's name and image on the front are certainly well-placed – because the album's got some Eastern-styled instrumentation mixed in alongside more psychedelic guitars! The record's the only full set by the group – recorded by a group of Japanese exiles for Capitol in 1972, and ... LP, Vinyl record album