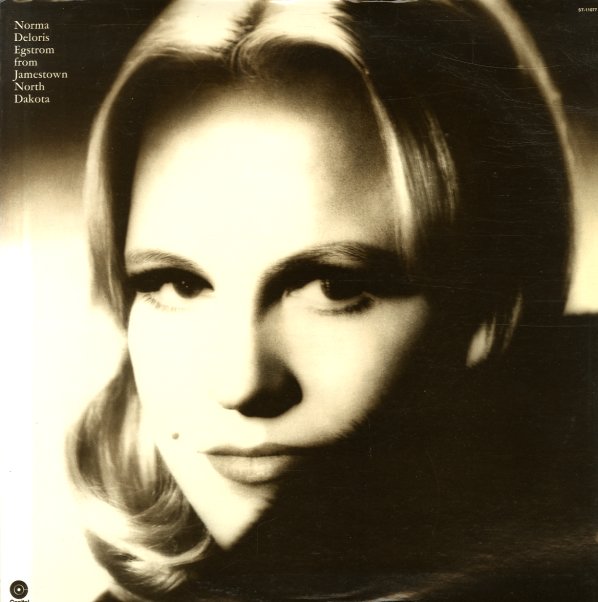 A really unique later album from Peggy Lee – one that's so different than the brash confidence of her early material, and which shows her really perfecting that boozy, mature sound that she brought to a handful of gems like this! The album's got a truly adult approach to pop that was less concerned with chart placement than it was with getting over a more sophisticated level of expression – and Peggy turns out to be wonderfully well suited for this mode – a deeply emotive singer by this point, capable of bringing a deeper sense of life into younger tunes of the era, fleshing them out with the newer freedoms of the time, yet without going overboard. There's almost a Robert Altman sense of poise and adult grace to these tunes – arranged by Artie Butler with a careful simplicity, and sung by Peggy with some of the truest emotion of her days on record. Titles include "Love Song", "Razor", "When I Found You", "A Song For You", "It Takes Too Long To Learn To Live Alone", "Someone Who Cares", and "Just For A Thrill". Great CD version features excellent bonus material – the 45 version of the great track "Pieces Of Dreams", a session outtake of "It Changes", and alternate takes of "When I Found You", "A Song For You", "Someone Who Cares", "The More I See You", and "I'll Be Seeing You".  © 1996-2022, Dusty Groove, Inc.

I Like Men! (Japanese paper sleeve edition)
Capitol/Universal (Japan), 1959. New Copy
CD...$17.99 21.99
A pretty bold assertion from Peggy Lee on the title – but she backs it up nicely in this obscure album of "guy" songs from the end of the 50s! There's a playful feel to the music that fits Lee's vocals very well – as do the bouncy arrangements from Jack Marshall, who turns ... CD

Things Are Swingin' (Japanese paper sleeve edition)
Capitol/Universal (Japan), 1959. New Copy
CD...$17.99 21.99
A great illustration of the upbeat, positive vibe that Peggy Lee could serve up when she was at her best – a cool Capitol Records mode that really helped Lee set a whole new tone for singers in the 60s! The great Jack Marshall is at the helm on arrangements – putting things together ... CD