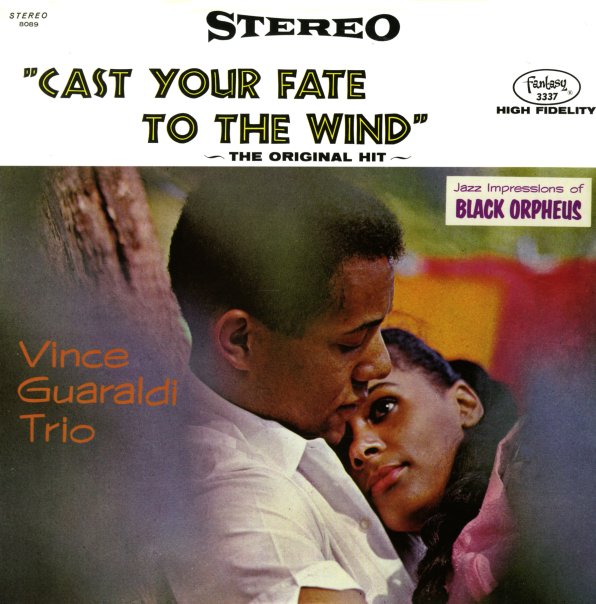 A beautiful record of light, lyrical piano jazz – and one of the best-selling jazz albums ever on Fantasy Records! Vince Guaraldi started the set as a tribute to the film Black Orpheus – and some of the album features his nice renditions of Jobim/Bonfa tunes like "Manha De Carnaval" and "Samba De Orpheus". However, Guaraldi also managed to pen his own amazing track – "Cast Your Fate To The Wind" – a lyrical romping piano instrumental that went onto become a huge charting instrumental hit during the 60s. The track's been heard a million times over the years, but it's still pretty darn great – and it's surrounded in a nice set with other tunes that have the same feel – including "O Nosso Amour", "Alma-Ville", "Since I Fell For You", and "Moon River". Great expanded edition – with 16 more tracks added to the original album – alternate versions of album titles from the sessions, plus a few takes on "Jitterbug Waltz" as well!  © 1996-2023, Dusty Groove, Inc.