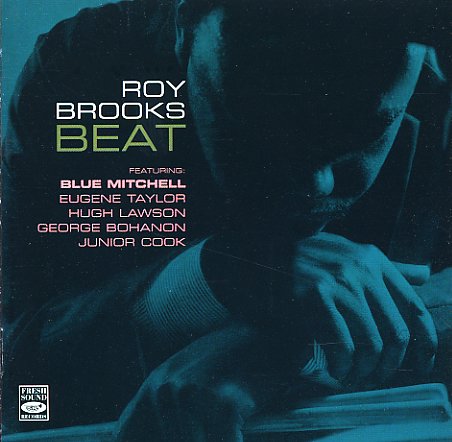 An amazing record – one of the best on Motown's short-lived Workshop Jazz subsidiary! The album is the first to feature Roy Brooks as a leader – and the super-hip drummer from Detroit really knows what to do with the opportunity! He's working here with a hip group that includes members of the Horace Silver quintet – including Blue Mitchell on trumpet, Junior Cook on tenor, and Gene Taylor on bass – as well as Detroit contemporaries George Bohannon on trombone and Hugh Lawson on piano. The overall style of the record is quite different from Brooks' work with Silver – and has a much more open-ended feeling emotionally – an early hint at the qualities that Roy would unveil on his rare indie sides at the start of the 70s. The tracks are a mix of soul jazz numbers and others with a rougher-hewn sense of modernism – almost like the excellent work coming out of Chicago during the early 60s, from artists like Gene Shaw or the MJT+3. All the players are at their best, and the album features some of the nicest tenor work we've ever heard from Cook. Titles include "Soulsphere", "Soulin", "Homestretch", "Passin The Buck", and "My Secret Passion".  © 1996-2023, Dusty Groove, Inc.

Bill Evans At Town Hall Volume One (180 gram pressing)
Verve, 1966. New Copy Gatefold (reissue)
LP...$36.99 38.99 (CD...$2.99)
An open-ended live date from Bill Evans – recorded at the auspicious venue of Town Hall, but recorded with a warmth that matches Evans' smaller club sessions of the 60s! The sound here is possibly a bit more focused and direct than some of the moodier, mellower Evans live records – ... LP, Vinyl record album