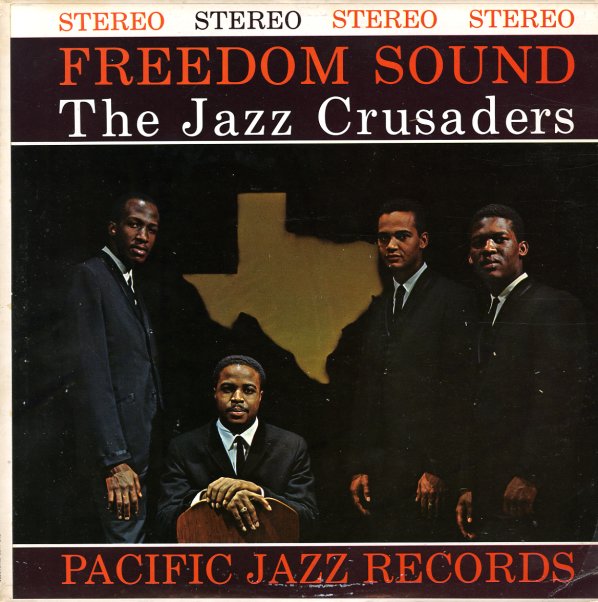 Sublime early soul jazz from the Jazz Crusaders – a seminal set that really has the group taking off right away! The use of "freedom" in the title is well placed – as the set definitely shows the players stretching out a bit on their solos – hinting at the magic that would move even more forward during their Lighthouse recordings – while still hanging onto the great groove that took them from Texas to the top of the LA scene! Every player's got a key presence here – Wilton Felder on tenor, Wayne Henderson on trombone, Joe Sample on piano, and Stix Hooper on drums – and the set also features some guest rhythm work from Jimmy Bond on bass and Roy Gaines on guitar, both of whom bring a nice pulse to the set. Titles include "The Geek", "Freedom Sound", and "Coon".  © 1996-2021, Dusty Groove, Inc.
(Mono Liberty pressing. Cover has a small split in the top seam and some splitting in the bottom seam, in nice shape otherwise.)