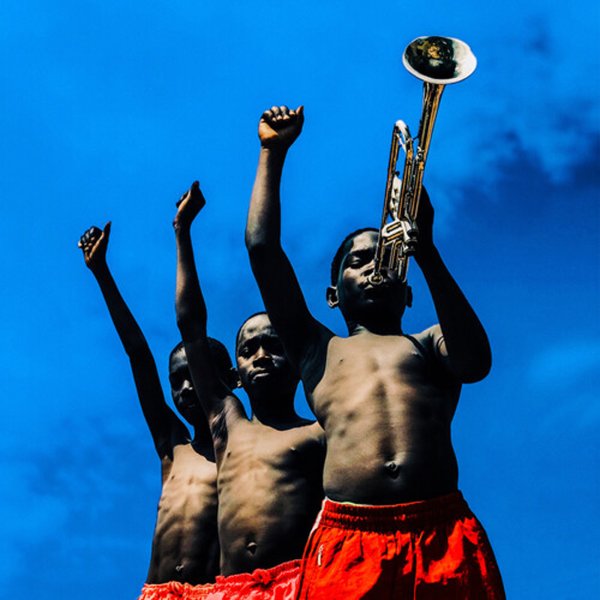 A beautiful revolution from Common – a set that's maybe got more of a message than most of his music of the past decade – but which also comes across with a more interesting musical palette as well! Part of the album's sound comes from heavy contributions from PJ – singer Paris Jones, whose well-crafted soul vocals make for a nice match with Common's rhymes – as PJ appears on six of the album's nine tracks, and could well be billed as a co-star on the set! Other guests include Lenny Kravitz Chuck D, Black Thought, and Stevie Wonder – on titles that include "What Do You Say", "Say Peace", "Fallin", "A Place In This World", "Riot In My Mind", "Don't Forget Who You Are", and "Courageous". Volume 2 is a righteous continuation of the first revolution encouraged by Common in 2021 – and a set that takes all the message and spirit of the initial entry, and opens things up to an even more collaborative project – thanks to guest work from artists who include Seun Kuti, Black Thought, Marcus King, PJ, and others – all woven together in a record that's got all the positivity that you might expect from its cover. Karriem Riggins produced – and titles include "A Beautiful Chicago Kid", "Star Of The Gang", "Imagine", "When We Move", "Majesty", "Set It Free", "Poetry", and "Saving Grace".  © 1996-2022, Dusty Groove, Inc.

Beautiful Revolution Pt 2 (neon yellow vinyl pressing)
Loma Vista, 2021. New Copy
LP...$20.99 22.99
A righteous continuation of the first revolution encouraged by Common in 2021 – and a set that takes all the message and spirit of the initial entry, and opens things up to an even more collaborative project – thanks to guest work from artists who include Seun Kuti, Black Thought, ... LP, Vinyl record album