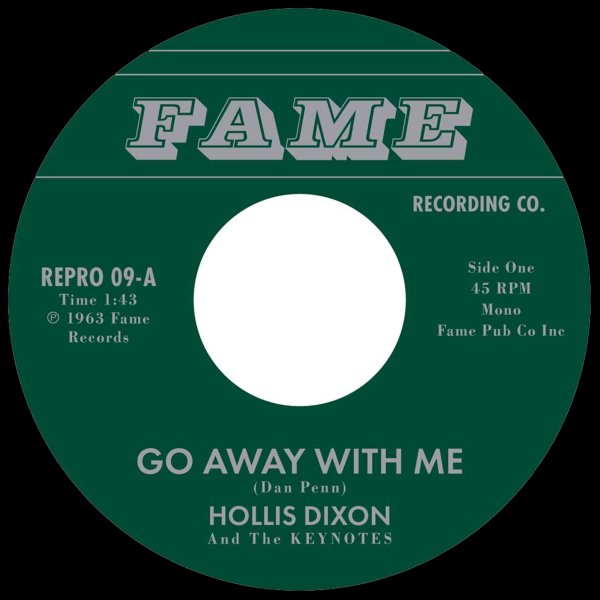 Go Away With Me/Time Will Tell

We don't know much about Hollis Dixon, but he gets some great early 60s Fame Studios magic here – very similar to the romping groove that was given famously to Arthur Alexander around the same time – which really knocks "Go Away With Me" out of the park once it's topped with Dixon's vocals! Hollis steps out in a mellower mode on "Time Will Tell" – a tune that almost has echoes of the older south, but still comes across in that lean, intimate Fame Records style!  © 1996-2023, Dusty Groove, Inc.