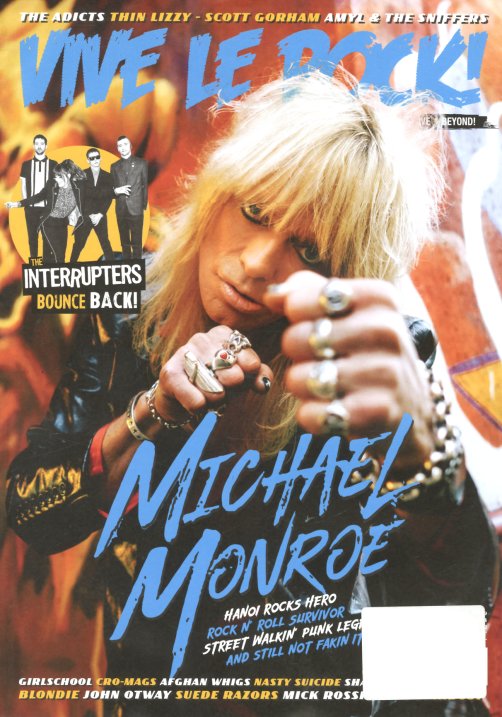 That's Michael Monroe of Hanoi Rocks on the cover – putting up his dukes, and showing the world that he's still ready for action! As usual with VLR, the issue's full of features a host of other 80s artists too, plus a few contemporary acts – lots more on Blondie, Girlschool, The Adicts, Thin Lizzy, Nasty Suicide, Amyl & The Sniffers, Afghan Whigs, and even the Cro-Mags!  © 1996-2023, Dusty Groove, Inc.