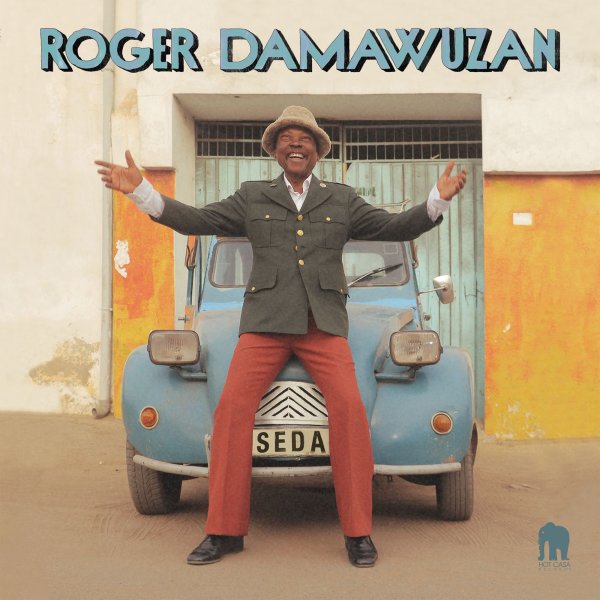 New work from Togolese music legend Roger Damawuzan – but a set that feels as fierce and funky as if it were recorded in the 70s! The group is super-tight throughout – more inspired by the James Brown Band of the late 60s than other West African groups – and tracks are short, funky, and bristle with a quality that's more like that of a set of funky 45s than it is the longer jams you might find on other records. The whole thing's got as much appeal as a deep funk record than as an African one – and Roger sings in English throughout, with really raspy and soulful charm – on titles that include "Fine Fine", "Paris", "Shut Up", "Mama", "I'm Crying", "Juliana", "Need My Money", "What Time Is It", and "Why Why".  © 1996-2023, Dusty Groove, Inc.

APP – Accumulation Of Profit & Power
Office Home (France), 2022. New Copy
CD...$16.99 19.99 (LP...$26.99)
Muyiwa Kunnuji played trumpet with Fela Kuti back in the day, and he definitely references Fela's legacy with the politics in the title of the set – yet his approach here is nicely his own, and a really fresh vision of the legacy of older Afro Funk! There's still plenty of the long tracks ... CD

Saigon Supersound Vol 3 – 1965 to 1975
Saigon Supersound, Late 60s/Early 70s. New Copy
CD...$16.99 19.99 (LP...$30.99)
Really fantastic work from a scene that interacted briefly with our culture during the Vietnam war – yet still managed to hold on to a groove that was very much its own! This isn't the sound of American rock blaring out of a transistor radio in some fiction film about the war – and ... CD