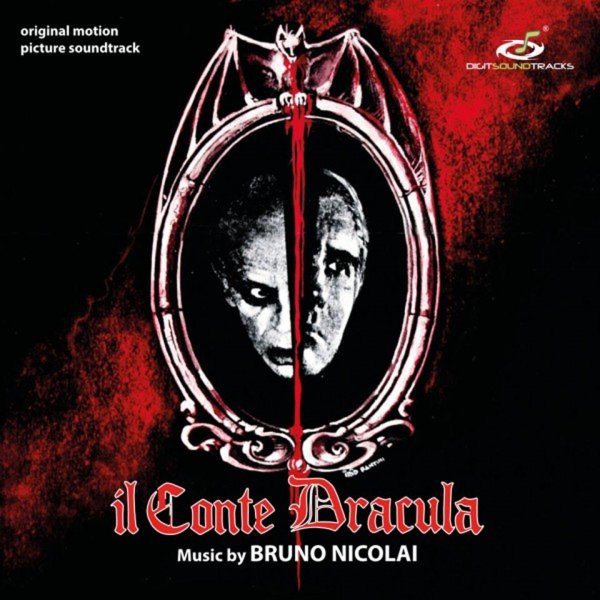 A spooky score from Bruno Nicolai – one with some great instrumentation in the mix, as we've always come to expect from the maestro! The tracks here are all relatively short – really just mood-setters for scenes with Christopher Lee and Klaus Kinsky – but Nicolai does a wonderful job with the sound, and manages to pack a lot into a little with some stark, metallic guitar lines – echoing out almost like some offbeat harpsichord – with some of those weirdly displaced sonic qualities he learned from frequent musical partner, Ennio Morricone! That quality follows in some of the other instrumentation here – watery vibes, odd-tuned strings, and light woodwinds – all used in really wonderful ways, on titles that include "Strutture", "Sguardo", "Fremiti", "Incubo", "Magia", "Processo", and "Visionario". CD features lots of bonus material – 30 tracks in all!  © 1996-2022, Dusty Groove, Inc.

La Casa Stregata/Mia Moglie E'Una Strega (with bonus tracks)
Beat (Italy), Early 80s. New Copy
CD...$19.99 24.99
The lead theme to La Casa Stregata is worth the price of admission alone here – a cut that begins with a great drum break, steps forward with lots of funky bass, and is topped by interwoven horns and guitar – all with a groove that's maybe one of the funkiest we've heard from the ... CD

Milano Trema – La Polizia Vuole Giustizia (with bonus tracks)
Beat (Italy), 1973. New Copy
CD...$16.99 22.99
A tremendous Italian police soundtrack from the team of Guido and Maurizio De Angelis – one that has a haunting approach served up in equal parts action and sentiment! The core melody here is one right out of Morricone's book of the time – a slow-building, sweet-stepping one that's a ... CD