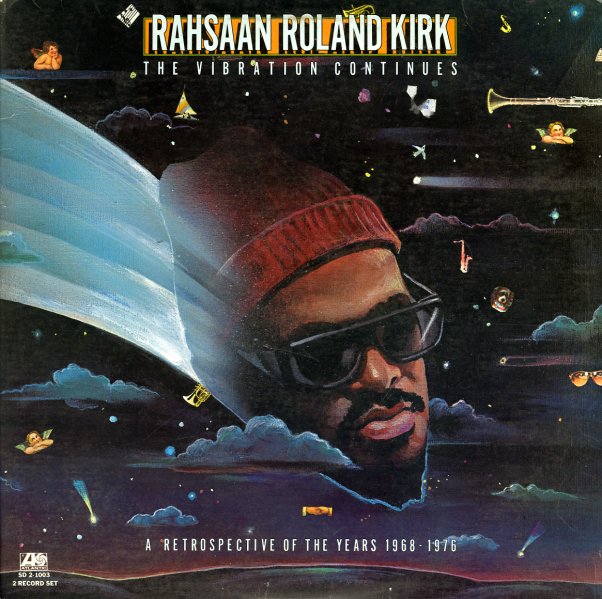 Vibration Continues – A Retrospective Of The Years 1968-1976

2 LP set of tracks from Roland's best moments over the Atlantic years. Included within are many hard to find cuts from albums that we almost never see any more. Titles include "Volunteered Slavery", "Black & Crazy Blues", "Rahsaanica", "Ninth Ghost", "Portrait Of Those Beautiful Ladies", and "The Inflated Tear". Lots more, and a good set of notes too!  © 1996-2021, Dusty Groove, Inc.
(Cover has a promo stamp, some ring and edge wear, and split seams held with wide clear tape.)