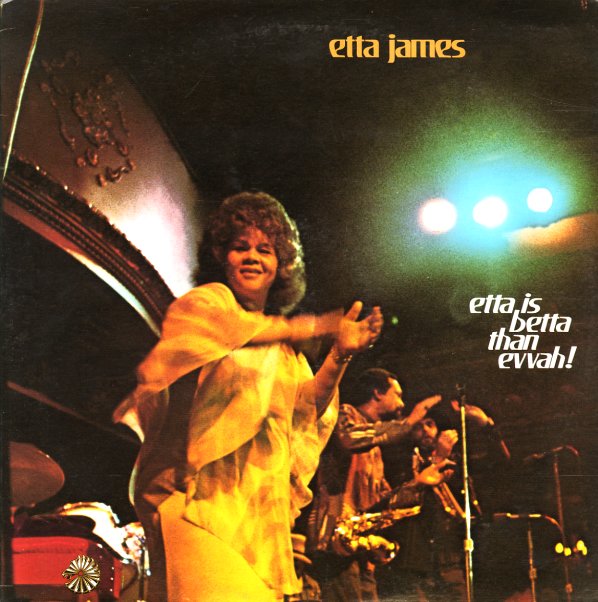 One of the few funky late Chess gems for Etta James – recorded during the period when the company was owned by the All Platinum family of labels in New Jersey – with incredible vocals by Etta! Most of the record was cut in NJ, and features Etta's bluesy style meeting some nice funky arrangements by Mike Terry – plus a couple of tracks cut in Hollywood that fit right in stylistically. One of those is the strong opener "Woman (Shake Your Booty)" – with production credited to Etta – and other tracks include "Groove Me", "A Love Vibration","Only A Fool", "Jump Into Love", "Ain't No Pity In the Naked City" and a great version of Randy Newman's "Leave Your Hat On".  © 1996-2023, Dusty Groove, Inc.