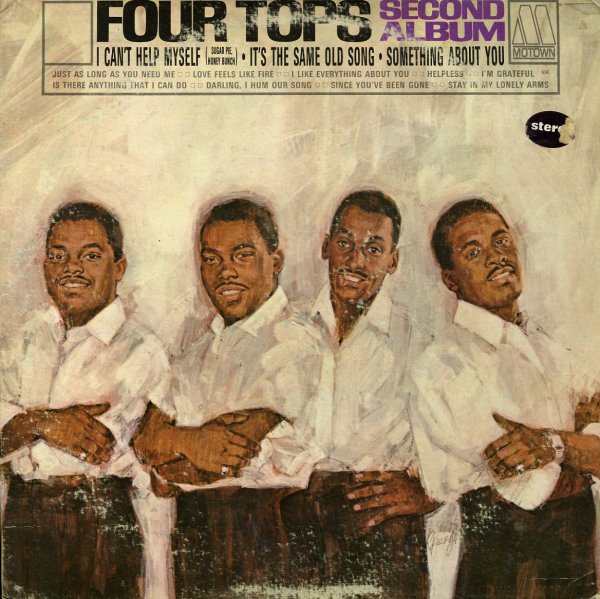 Also available
Four Tops — Four Tops Second Album ... LP 14.99
The Four Tops' second album – and quite possibly the most hitbound of all their early Motown work! The album's overflowing with classic numbers – and features the perennial favorites "I Can't Help Myself" and "It's The Same Old Song" – as well as a totally winning batch of other tunes, all produced to perfection by the Holland/Dozier team! The sound is classic Motown all the way through – still some nice rough edges on the group's vocals – and killer lead work from Levi Stubbs. Other tracks include "Helpless", "Love Feels Like Fire", "Something About You", "I'm Grateful", and "Stay In My Lonely Arms".  © 1996-2023, Dusty Groove, Inc.

Where Did Our Love Go
Motown, 1964. New Copy (reissue)
LP...$26.99
About as classic as you can get for the early Supremes – a set that has the group really hitting hard on all levels, thanks to production from the team of Holland-Dozier-Holland, plus a bit of help from Smokey Robinson – all of whom really help push the Supremes out of simple girl group ... LP, Vinyl record album

ABC (180 gram blue vinyl pressing)
Motown, 1970. New Copy (reissue)
LP...$26.99 27.99 (LP...$26.99)
A seminal step forward for this legendary group – easily one of the greatest albums they ever cut! With ABC, the Jacksons are expanding their sound with the club-oriented grooves of the time – using Holland, Dozier, and Holland on many cuts, trying for a similar soaring groove as some ... LP, Vinyl record album

ABC (180 gram pressing)
Motown/Music On Vinyl (Netherlands), 1970. New Copy (reissue)
LP...$26.99 29.99 (LP...$26.99)
A seminal step forward for this legendary group – easily one of the greatest albums they ever cut! With ABC, the Jacksons are expanding their sound with the club-oriented grooves of the time – using Holland, Dozier, and Holland on many cuts, trying for a similar soaring groove as some ... LP, Vinyl record album