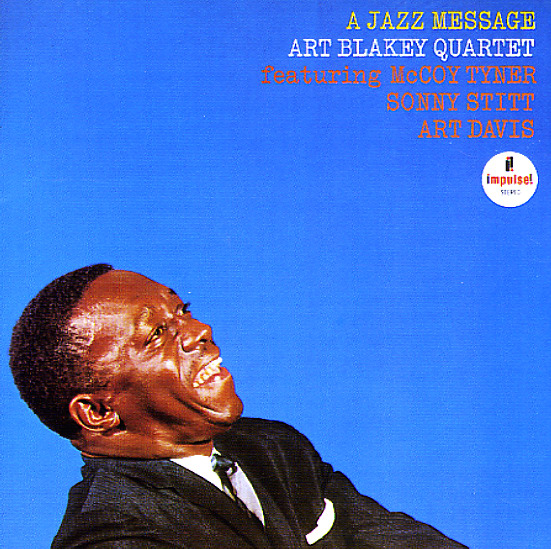 Art Blakey, without any Jazz Messengers – but still coming through loud and clear, thanks to help from a unique group that features Sonny Stitt on tenor, McCoy Tyner on piano, and Art Davis on bass! The album's still got all the hardbop charm of Blakey's best Blue Note dates, but also feels a bit more spontaneous too – and the basslines of Davis are a wonderful change from the usual – beautiful sounds that drive the record quite strongly up from the bottom! Titles include the killer "Cafe", plus "Blues Back", "Just Knock On My Door", "Summertime", and "The Song Is You" – and the album features fantastic blowing from Stitt!  © 1996-2021, Dusty Groove, Inc.
(Rainbow label stereo pressing in an older Mono cover. Cover has a small cutout hole, light surface wear, worn spots at the spine and bottom seam, and some gloss peel on back.)

Live At Montreux & Northsea
Timeless (Holland), 1981. Very Good+
LP...$19.99
A beautiful big band set from the great Art Blakey – but one that's got all the sharp focus of his small group sides by the Jazz Messengers! The lineup here is a great one – that very vibrant early 80s version of Blakey's group with Bobby Watson on alto sax, Bill Pierce on tenor, and ... LP, Vinyl record album