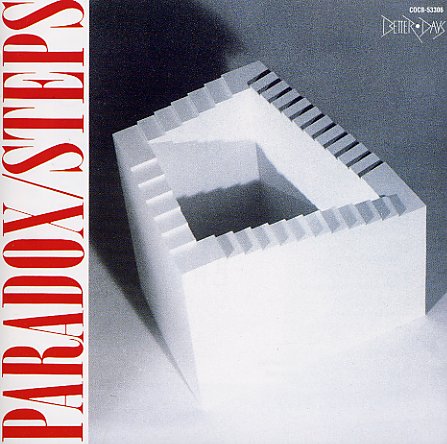 A great little set from the precursor to Steps Ahead – heard here on a Japanese-only album that's got a really wonderful sound! The group's a quintet that includes Michael Brecker on tenor, Mike Maineri on vibes, Don Grolnick on keyboards, Eddie Gomez on bass, and Peter Erskine on drums – working together in a style that's mostly acoustic, but which has some slight electric touches on the bottom – expanding the sound ever so slightly, but still letting the jazz colors and tones of the players dominate the set. Tracks are all originals, and all quite long – and the bass of Gomez and vibes of Maineri really give the whole thing a sense of soul that pushes it ahead of the pack. Titles include "The Aleph", "NL4", "Patch Of Blue", "Four Chords", and "Nichka".  © 1996-2022, Dusty Groove, Inc.
(Out of print, includes obi. Please note that this edition was released without a traycard.)

Telefunken Blues
Savoy/Sony (Japan), 1954/1955. Used
CD...$14.99
One of the greatest American albums to be issued under Kenny Clarke's name – a smoking set of boppish tracks that groove in a very early 50s Blue Note sort of way! And in fact, the tracks are a bit longer than the usual Blue Note bop sides, which makes them open up with some even longer ... CD

Back In Bean's Bag (Japanese paper sleeve edition)
Sony (Japan), Early 60s. Used
CD...$24.99
A way different album than usual for both tenor giant Coleman Hawkins, and up-and-coming trumpet talent Clark Terry – a very soulful set that falls much more into the spirit of the few soul jazz gems on early 60s Epic/Columbia Records! This could be because Dave Bailey's holding down the ... CD

8:30
Sony (Japan), 1979. Used 2 CDs
CD...$24.99
Weather Report at the height of their 70s fame – captured live in a double-length set, very much the practice for jazz superstars of the time! The format is familiar – but the liveness gives the album a slightly different feel than their studio sets – a sound that echoes out ... CD