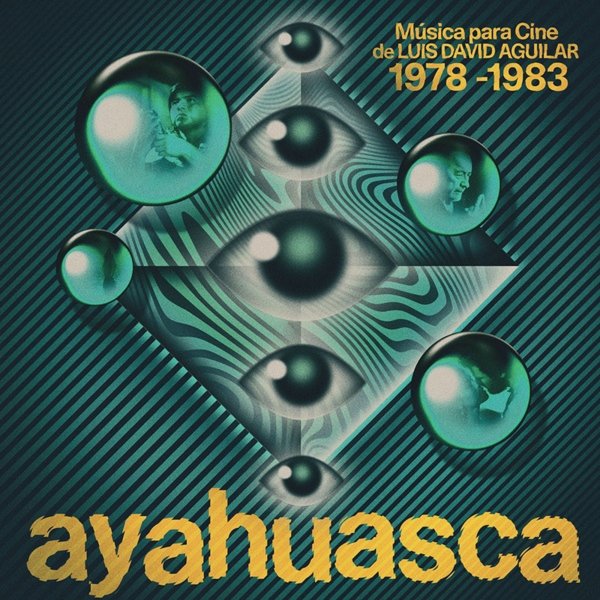 Three really different soundtrack selections from Peruvian composer Luis David Aguilar – each of which is heavy in familiar elements from his scene, but which also really takes things to newly sophisticated territory too! The first half of the set features the 1983 score for El Viento Del Ayahuasca – which mixes rootsy percussion with larger strings from the National Symphony of Cuba, and includes a piano solo by Chucho Valdes – but the end result is music that's very modern and mystical on its own – earthy and organic at one level, but surprisingly sophisticated too. Next is the more electronic 1979 score for Anonimo Cotidiano – which has all sorts of cool analog elements mixes with keyboards and acoustic percussion, and a bit of vocals hiding in the mix in sort of a spooky way! Last is the 1978 soundtrack for Los Constructores – the jazziest of the three, with plenty of percussion and horns – jamming in a real descarga style.  © 1996-2022, Dusty Groove, Inc.