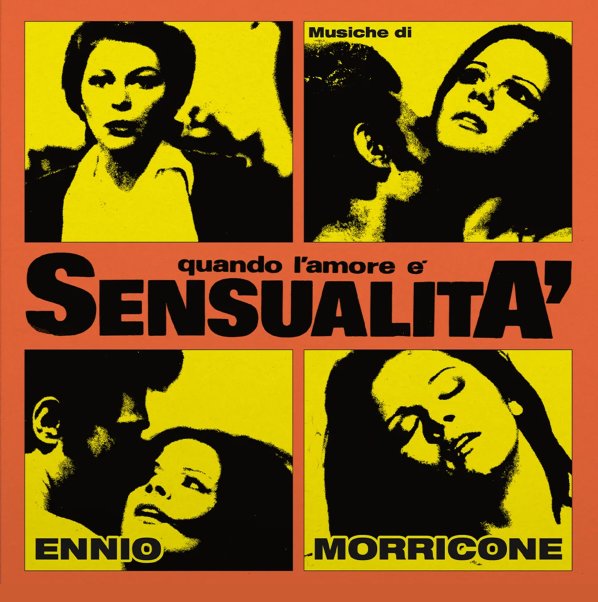 Also available
Ennio Morricone — Quando L'Amore E Sensualita (with bonus tracks) ... LP 36.99
Really fantastic work from Ennio Morricone – a sublime soundtrack, expanded here with all sorts of bonus material that wasn't on the original album! The record features some wonderful vocals from Edda Dell'Orso – singing in that wordless, instrument-like style that could make so many of Morricone's best soundtracks so dreamy – and the maestro himself blends in a few tracks with a bit more of an edge from time to time, creating some nice tension amidst the sensuality of the music! The set features 22 tracks in all – and titles include "Vie Ni", "Tarantella Naif", "Luce Chiara Per Vergine", "Nascosta Nell'Ombra", "Saltarello Naif", "Soluzione Borghese", "Quando L'Amore E Sensualita #2", "Radiolina", "Sensualita", "Canzone Per Donatella", and "Accettazione Di Una Violenza".  © 1996-2023, Dusty Groove, Inc.