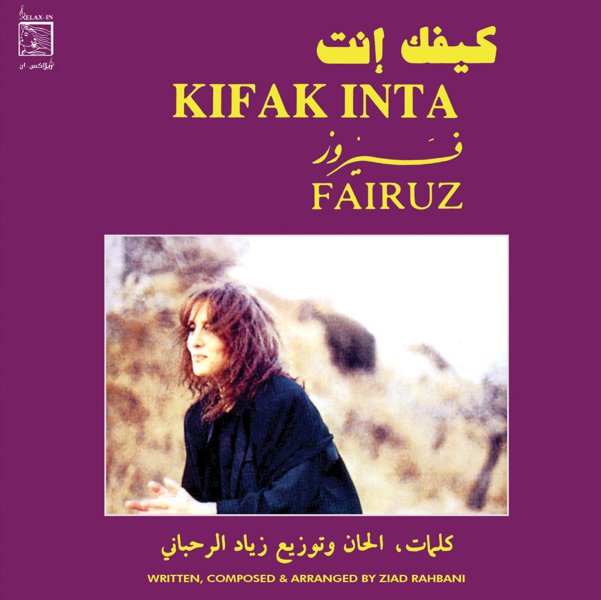 Fairuz is a singer with a legendary voice – already one of the most important vocalists in Lebanon by the time of this album – with a way of soaring and stretching a note that's completely breathtaking, even if you can't understand the language! And while Fairuz had previously recorded in more conventional modes, she works here with the amazing arranger Ziad Rahbani, who blends together ancient and contemporary styles at once – sometimes letting her voice hang out in the open, unadorned – other times casting it with these arch-modern edges that you'd hear on the brilliant albums he issued under his own name. The whole thing is a massive pairing of two key Lebanese musical talents – on titles that include "Kifak Inta", "Something Is Happening", "Indi Thika Fik", "It's Not A Problem", "Prova", "Ya Leili Leili Leili", and "Farewell Song".  © 1996-2023, Dusty Groove, Inc.
(First time on vinyl – with a bonus set of notes in English and French!)