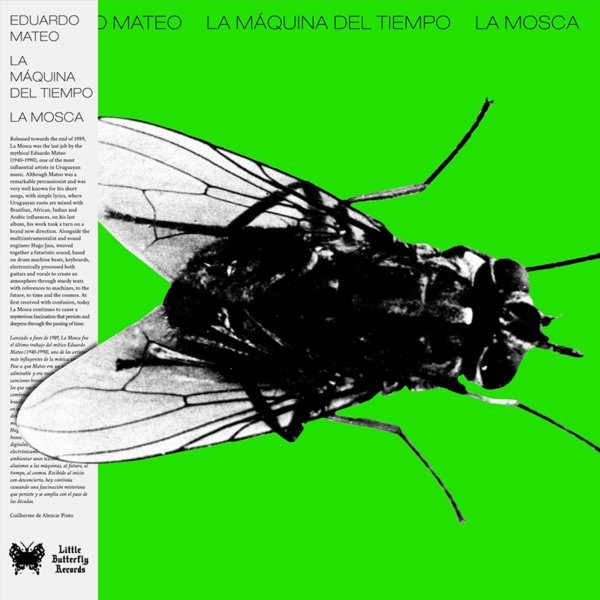 The final album from Eduardo Mateo – an artist who had a huge impact on the world of music in his native Uruguay, where he continued to push forward in different styles from the late 60s onwards, always with a legacy that was years ahead of its time! This is Eduardo's final record, and it's very different than the more intimate, acoustic elements of some of his material from years before – more electric, done with help from Hugo Jasa – and with an edge to the music that shows that Mateo is still very much on the left side of the spectrum! The style has shifted, but the experimental spirit is still very strongly there – a move that's maybe a bit like the changes that Tom Ze has given us over the decades – on titles that include "Yu Le Le", "Espiritu Burlon", "El Trompo Loco", "Somos Eras Era", "Carolina", "La Mosca", and "Ficcion Solar".  © 1996-2023, Dusty Groove, Inc.