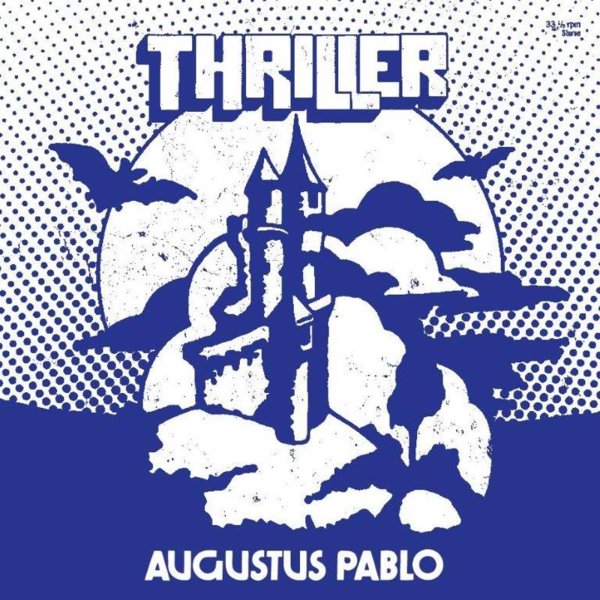 There's few folks who could make a melodica sound so sinister – yet that's always been the crazy genius of Augustus Pablo – the way he takes such a simple instrument and makes it sound so wild on vintage albums like this! The set was arranged and produced by Enos McLeod, one of Pablo's more obscure musical partners in the decade – and it's got a lean style that's nice and raw, and which definitely has plenty of echo in the production, but maybe even more of a straightforward vibe than some of the other albums cut by Augustus during the decade! The whole thing's great – a sometimes-overlooked jewel in his mighty crown – with titles that include "Fat Girl Jean", "Marcus Garvey", "Skibo Road", "Striker", "Last Of The Jestering", "Pablo Style", "Thriller", and "Pablo Nuh Jester".  © 1996-2023, Dusty Groove, Inc.
(Limited edition on transparent blue vinyl!)

Skatalites – Essential Artist Collection (clear vinyl pressing)
Trojan, Mid 60s. New Copy 2LP Gatefold
LP...$34.99 35.98 (CD...$18.99)
The Skatalites are a group who were one of the key forces in Jamaican music in the 60s – a crack ensemble of musicians who really helped the scene in Kingston break strongly from other Caribbean cities at the time – finding a groove that would forever set the path towards rocksteady and ... LP, Vinyl record album

Maytals – Essential Artist Collection (yellow vinyl pressing)
Trojan, Late 60s/Early 70s. New Copy 2LP Gatefold
LP...$34.99 35.98
Definite essential work from The Maytals – the legendary group led by Toots Hibbert, and who really helped transform the sound of Jamaican music with recordings like this! There were certainly other soulful groups in their generation on the Kingston scene, but The Maytals really helped give ... LP, Vinyl record album