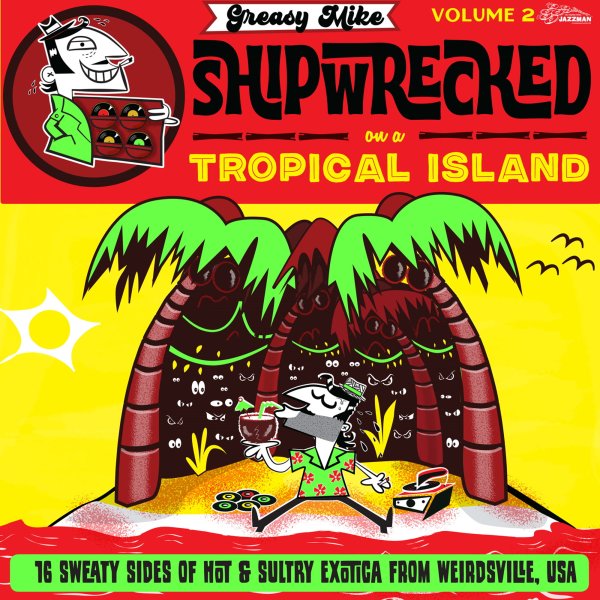 A great little collection that's maybe the opposite of the long-running tradition of "desert island discs" – in that the music here is hardly essential, but would be plenty of fun to hear if you were trapped alone with nowhere else to go! Think of the set as the darker side of exotica at the end of the 50s – a spot where tropical sounds mix with Latin rhythms and some rockish touches too – material from the years before surf guitars were really hitting the mainstream, but older modes were being infused with a bit of electricity and new modes of production – all in ways that make for some very cool cuts collected in the set! The package brings together rare singles from a variety of sources – and titles include "Jivaro" by Harvey Anderson, "Babalu" by Phyllis Branch, "The Lonely Sea" by Rick & Trisha, "Strictly Polynesian" by Davy Jones & The Dolphins, "Midnight" by Hank Levine, "Bongo Heat" by Coral & The South Seas, "Martinique" by Ty & Ed, "Atlantis" by Blue Bells, "Rumba Rhapsody" by Hector Cari & The Dancing Strings, "Ho Ba La La" by Dariel Kay, and "Miserlou" by Vitin Aviles Y Su Orquesta.  © 1996-2022, Dusty Groove, Inc.