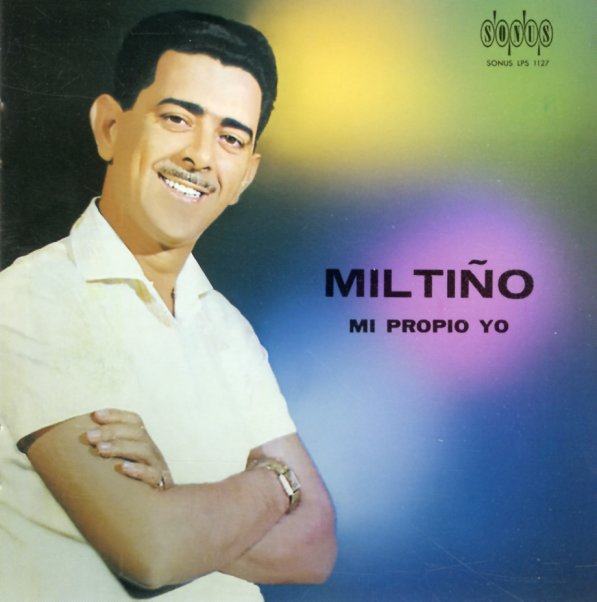 An unusual album from Brazilian singer Miltinho – one of his few 60s efforts recorded in Spanish, and issued by the Sonus label in the Dominican Republic! Backings are more Latin-styled overall – handled by Pocho Perez with a nice mix of percussion and brass, which underscores the subtle drama in Miltinho's well-crafted vocals! The overall approach is quite different than most mainstream Brazilian work of the time – and titles include "Ninguem", "Teno Un Rinconcito", "Mi Mundo Cayo", "Dos Palabras", "Mujer De Musica", "Esta Noche", and "Despues De Ti".  © 1996-2022, Dusty Groove, Inc.
(Sealed.)

MPB4 E a Nova Musica Brasileira
Abril Cultural (Brazil), 2000. Used
CD...$7.99
Recent work from this classic Brazilian vocal quartet – drawing on a range of styles that spans much of their history. Some tracks have washes of Four Freshmen or Beach Boys-oriented harmonies, others are more in a modern easy mode, and still others have traces of samba or bossa grooving. ... CD

Stone Flower (with bonus track)
CTI, 1970. Used
CD...$7.99 (CD...$12.99)
One of Antonio Carlos Jobim's greatest records – and a perfect blend of his subtle bossa genius with the moody electric sound of CTI! Jobim plays electric and acoustic piano, guitar, and sings a bit – and Deodato handled the arrangements with a breezy brilliance that matches all the ... CD

Carioca Soul – Best Of Marcos Valle 1994 to 2008
Far Out (UK), Late 90s/2000s. Used
CD...$9.99
Over a decade's worth of wonderful music from Marcos Valle – packaged here with some previously unreleased bonus tracks as well! It's hard to believe that back in the early 90s, bossa legend Marcos Valle was languishing in obscurity – with nary a recording session to his name in almost ... CD