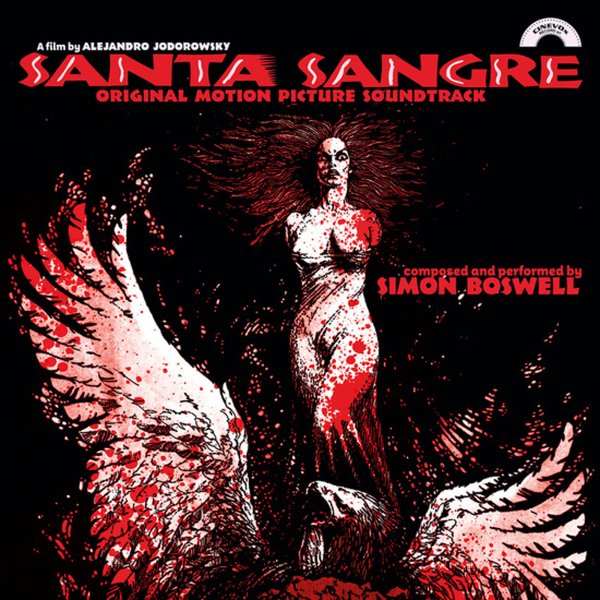 Director Alexander Jodorowsky has done music for his own films in the past – but for the well-circulated Santa Sangre, he turned to Simon Boswell – who does a perfect job of expanding on the sorts of musical ideas we might have expected from the master! Given the film's setting, there's a variety of older Mexican modes at play, mixed with some late 80s cinematic styles from Boswell – but all with that haunting, refracted sense of reality that Jodorowsky brings to his films. Titles include "Triste", "Alma", "Carnival Violin", "Fin Del Mundo", "Grave Business", "Acid Revenge", and "Church Tattoo".  © 1996-2023, Dusty Groove, Inc.
(Limited edition of 500 – red vinyl pressing!)

Buio Omega (purple vinyl pressing)
Cinevox (Italy), 1979. New Copy (reissue)
LP...$29.99 36.99
Seminal Italian horror soundtrack music from Goblin! By this point, the band had completely evolved from a prog-oriented jazz rock band, into a group that was very well suited to handle a diverse array of movie scores and horror themes. The keyboards are still at the core – and there's a ... LP, Vinyl record album