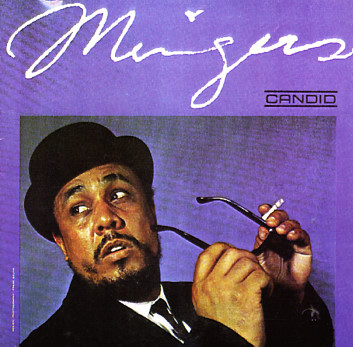 Also available
Charles Mingus — Mingus (Candid) ... CD 12.99
Charles Mingus — Mingus (Candid) ... CD 7.99
One of Charles Mingus' classic recordings for the Candid label – far and away some of the best recordings he ever made, and some of the few studio sessions that really let him stretch out and do his thing! The Candid label didn't last long – but during their short stretch of recording, they gave musicians like Mingus a chance to do things they weren't able to do at bigger labels – and this 1960 session is a great change from some of the tighter style that Charles was using just the year before at Columbia. The group is a searing combo – Eric Dolphy on alto, Booker Ervin on tenor, Ted Curson on tenor, and Jimmy Knepper on trombone – really taking off on long tracks that are filled with brilliant solo work – titles that include "Lock Em Up", "MDM", and "Stormy Weather".  © 1996-2023, Dusty Groove, Inc.

Live At The Detroit Jazz Festival
Candid, 2022. New Copy 2LP Gatefold
LP...$31.99 35.99
A really unique lineup, coming together in a really unique performance – one that definitely pushes the boundaries of all artists involved, and makes for music that's beyond any expectations you might have for the players! The tracks are long, and the music is often quite free and improvised ... LP, Vinyl record album