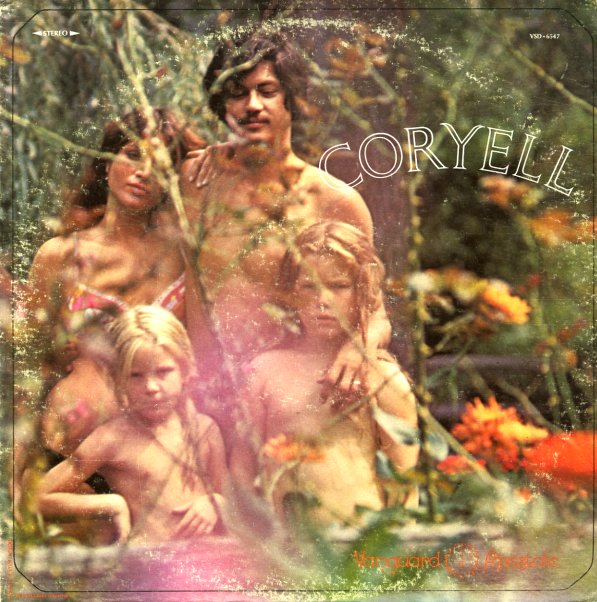 Maybe the funkiest album that guitarist Larry Coryell ever cut – his debut as a leader, and a fuzzy, freaky set that features some massively heavy drums from the great Bernard Purdie! The set's jazz at the core, but has lots of rock elements too – including vocals from Coryell on a few cuts, whose rough-edged style of singing works nicely with the fuzz on his guitar. The whole thing's a really freewheeling trip down that genre-busting road that had opened up in the underground of the late 60s – a path taken away from folk, jazz, rock, and other more mainstream roads – served up with help from Mike Mandel on keyboards, Jim Pepper on flute, and bassists Chuck Rainey, Ron Carter, and Albert Stinson. Titles include the long funky groove called "The Jam with Albert", plus the tracks "Sex", "Beautiful Woman", "Morning Sickness", and "Ah Wuv Ooh". (Nice "naked kids" cover, too – the kind that must have made someone's therapist a lot of money!)  © 1996-2023, Dusty Groove, Inc.
(On "Crystal Clear Rose" vinyl!)