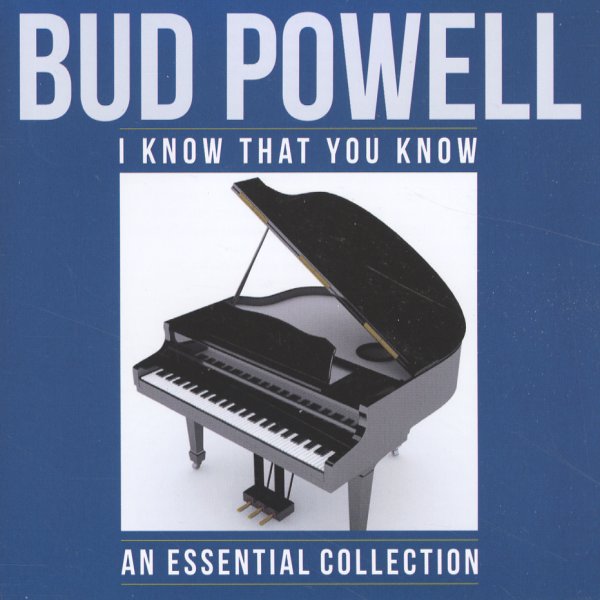 I Know That You Know

Bud In Paris
Xanadu, 1959/1960. Used
CD...$9.99
Strong work that has Powell recording with some horn players, something that he almost never did at this point in his career. Two tracks feature Powell and Johnny Griffin playing without any rhythm accompaniment – on the tunes "Idaho" and "Perdido", taken at a nice ... CD

Amazing Bud Powell Volume 2
Blue Note, 1953. Used
CD...$4.99 (CD...$5.99)
Bud's second LP for Blue Note – a firey batch of trio tracks that feature George Duvivier on bass and Art Taylor on drums – some of Powell's best work from the time, and a nearly all-classic set of bop piano tracks! The album's nothing fancy on the outset, but Powell and the trio ... CD

Genius Of Bud Powell
Verve, Early 50s. Used
CD...$2.99
A nice collection of sides cut by Powell for Norman Granz, in the early 50s, originally issued on 10"s. Bud's in fine, fiery form, presented here solo and in a trio setting with Ray Brown and Buddy Rich. The second half is almost all solo piano work. 12 tracks in all, including "Parisie ... CD

Time Waits – The Amazing Bud Powell Vol 4 (RVG remaster edition)
Blue Note, 1958. Used
CD...$6.99
A great little record, and one that shows just why Blue Note chose to put "amazing" in the title of every Bud Powell album they released! The set's a live one, done at Birdland – and Bud's working here with a trio that features the young Sam Jones on bass and Philly Joe Jones on ... CD

Karbouda (aka Again, aka Mop Mop)
Fuel 2000, 1960/1961. Used
CD...$8.99
Some of the hippest Max Roach work of the 60s – issued here professionally for the first time in years! The first tracks in the set are from a concert in Paris, with Max's group that included Tommy & Stanley Turrentine, as well as Julian Priester. The tracks are long and open-ended ... CD