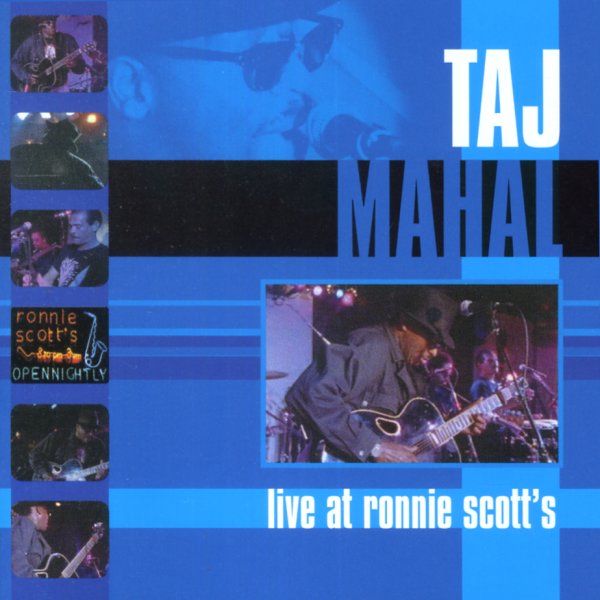 (DualDisc pressing with CD and DVD Surround mix on the flip – still sealed!)

Can't Get No Grindin
Chess/Traffic, 1973. Used
CD...$5.99 (CD...$6.99)
Muddy Waters can't get no grinding – but that's hardly a problem, given the strength of this sweet early 70s set! The album marks Muddy's return to more basic Chicago blues after his funky electric period on Chess – but the set's still got some of the trippier touches of a few years ... CD

Lightnin Hopkins
Smithsonian Folkways, 1959. Used
CD...$8.99
A late 50s session, but an album that captures Lighnin Hopkins in a rootsy style that could well hearken back to the 78rpm blues records of the 30s – thanks to production by Samuel B Charters, who captured Hopkins alone making music in his apartment in Houston! The tracks have that ... CD

Con Alma
Steeplechase (Denmark), 2022. Used
CD...$9.99
Trumpeter Jason Palmer does a great job here of updating older jazz classics and mixing in some really nice originals of his own – all recorded with a quartet, and in a manner that gives the leader plenty of room to shape the tunes with that unique phrasing we've always loved in his trumpet! ... CD

Best Of Ryo Fukui
Ultra Vybe (Japan), Late 70s. Used
CD...$16.99 (CD...$22.99)
A great overview of the music of Japanese pianist Ryo Fukui – a key player on the scene in the late 70s, and one who really demonstrated that fluid, lyrical touch that made Japanese piano jazz so special at the time! It's a bit hard to put the genius of Ryo into words – as he's got a ... CD