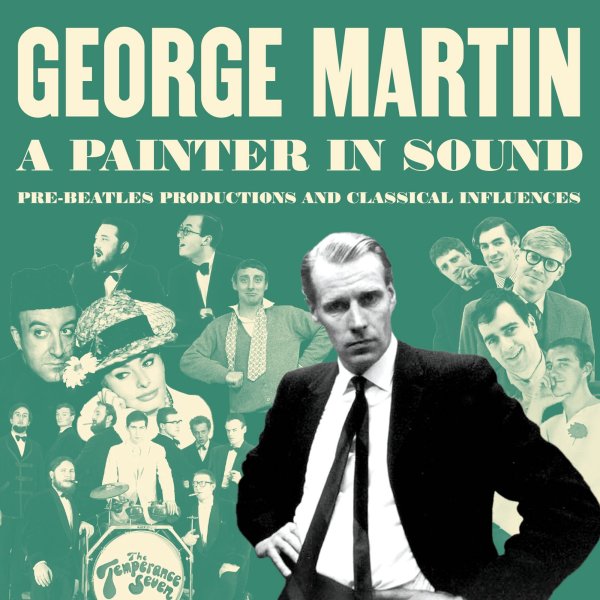 A set that's dedicated to the famous Beatles producer George Martin, and which seeks to bring together a whole host of sounds and styles that not only influenced his work in the studio – but which also represent maybe the odder aspects of the British scene, in a way that really helps create a greater understanding of the more offbeat sounds of The Fab Four themselves! CD1 is titled In All Directions – and brings together jazz, skiffle, vocal tracks, and plenty more – in a nicely varied lineup that includes work from Basil Kirchin, John Dankworth, Bert Weedon, The Vipers, Christopher Logue, Temperance Seven, Ray Cathode, Ron Goodwin, and Cleo Laine. CD2 is titled Experiments With Pop – and has a bit of comedic moments mixed with more musical selections – in a lineup that includes Peter Sellers, John Dankworth, Flanders & Swann, Matt Monro, The Goods, Bernard Cribbins, and Ron Goodwin. CD3 is titled Comedy Surrealist, and continues that spirit – with more Goon Show material, Beyond The Fringe, The Alberts, Peter Cook & Dudley Moore, and other important pre-Monty Python acts from the UK – who often brought a lot of creativity to the production of their work in the studio. CD4 features straighter classical influences, but in a range of modes – tracks that begin with Bach, and move through Chopin, Ravel, Debussy, Holst, and even Gershwin. As always with these unusual sets on El Records, there's a lot of thought that goes into the choice of material – drawing lines between sounds that we really didn't expect!  © 1996-2023, Dusty Groove, Inc.

Music – A Bit More Of Me (LP sleeve edition)
Capitol/Get On Down, Late 60s. New Copy
CD...$6.99 14.98 (CD...$4.99)
Very groovy stuff from the Capitol heyday of the late 60s! The record ostensibly gives TV star (from "U.N.C.L.E.") David McCallum a chance to conduct a set of groovy instrumentals – but David Axelrod produced the album, and HB Barnum did some of the arrangements in the same groovy ... CD

Moog Power
RCA/Get On Down, 1969. New Copy
CD...$4.99 14.98 (CD...$3.99)
A groovy moogy classic! This was one of the first records to apply the moog sound in a pop idiom in a major way – and boy, is it a resounding success with us! Hugo Montenegro scores a number of pop tracks and originals in the same cool jazzy style that he used on his best 60's soundtracks, ... CD

Musique Concrete 1956 to 1962
Fremeaux & Associates (France), Late 50s/Early 60s. New Copy 2CD
CD...$19.99 29.99
The birth of a key moment in avant garde music – served up here in a series of recordings that are nicely different than some of the other musique concrete material on the market! The package brings together some early "panorama" presentations of the work – two from the Club ... CD

Sweet Und Swing
Sonorama (Germany), 1959. New Copy
CD...$7.99 16.99 (CD...$5.99)
A haunting little vocal jazz set from 1950s Germany – recorded with some wonderfully moody arrangements that are right up there with the coolest work of the American hi-fi generation! Sauer's sings in English throughout, with this echoey style that's really great – and he's ... CD