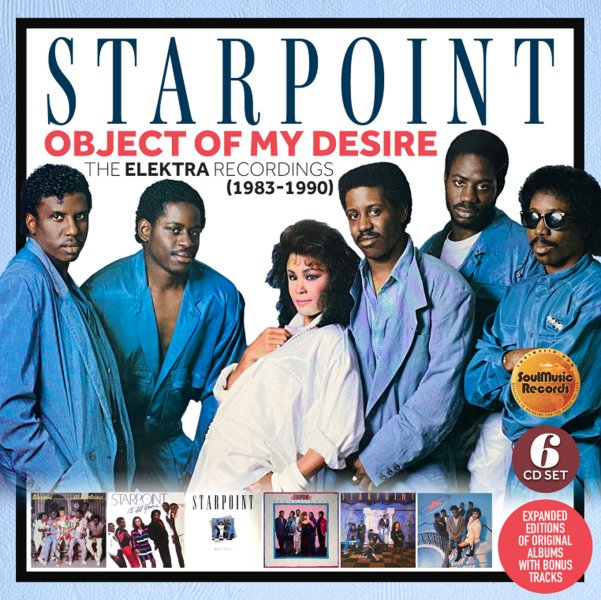 A really massive package – one that features six full albums from Starpoint, plus 34 bonus tracks as well! The group began as a more conventional funk outfit, but by the time of these records, they'd really found a sound that was strongly their own – a way of taking older ensemble modes forward to the 80s generation, yet without losing any of the warmth and beating heart that made them so great in the first place! There's so many different elements that come into play that make these records great – including key lead vocal performances from Renee Diggs, and well-crafted production that kept things fresh from record to record. The package features loads of classics amidst the full albums within – including the cuts "It's So Delicious", "Don't Be So Serious", "Breakout", "Am I Still The One", "Let Go", "Restless", "Object Of My Desire", "He Wants My Body", "DYBO", "Another Night", "Touch Of Your Love", "Say You Will", "I Want You You Want Me", "Midnight Love", and "One Step Closer To Your Love" – and each album is expanded with bonus tracks that include all the rare single mixes issued at the time.  © 1996-2023, Dusty Groove, Inc.