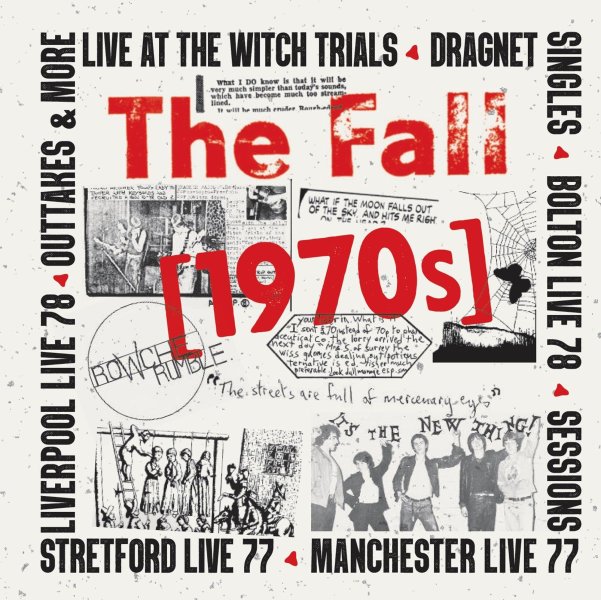 A stunning selection of early work from The Fall – a package that brings together all the music they recorded in the late 70s, plus a number of unissued live sets from the same time! As with the other boxes in this series from Cherry Red, the presentation is amazing, and amazingly comprehensive – with very detailed notes on all the material, providing a musical history of the band that gets way past the oblique packaging of the original releases. And in case you're wondering what's inside, here goes: CD1 features the album Live At The Witch Trials, CD2 features Dragnet, CD3 features all the great early 7" singles by the group and Peel Sessions material, CD4 features rare outtakes and session material, and CD5 through CD12 all include rare concert recordings, including the first-ever Fall live set! 150 tracks in all – and a very big booklet of notes.  © 1996-2023, Dusty Groove, Inc.