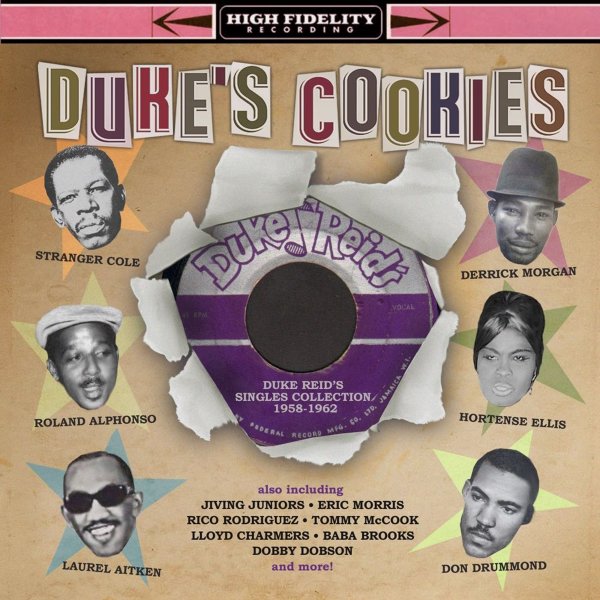 A stunning look at the early years of the Jamaican music scene – tracks from the years before ska, rocksteady, and reggae really took over – but which really helped set the scene for years to come! All the work here is from the hands of Duke Reid – soon to be known for his famous mid 60s productions on the Treasure Isle label – already here with his ear to the ground, capturing the unique shifts in the island's culture – some in mento and calypso, some in jazz, and others in modes that are very similar to the sounds to come! You'll recognize more than a few names here from important later work – and the huge 84 track package features dozens of titles that appear here on CD for the first time ever – countless great gems from artists who include Derrick Morgan, Roland Alphonso, Cosmo & Dennis, The Prodigals, Derrick & Patsy, Laurel Aitken, Chuck & Dobby, Basil Gabbidon, Hortense Ellis, The Moonlighters, Eric Morris, Frank Cosmo, Monty & Roy, Rico Rodriguez, Jiving Juniors, Alvin & Cecil, Lord Power, Laurel Aitken, and even Duke Reid himself.  © 1996-2022, Dusty Groove, Inc.