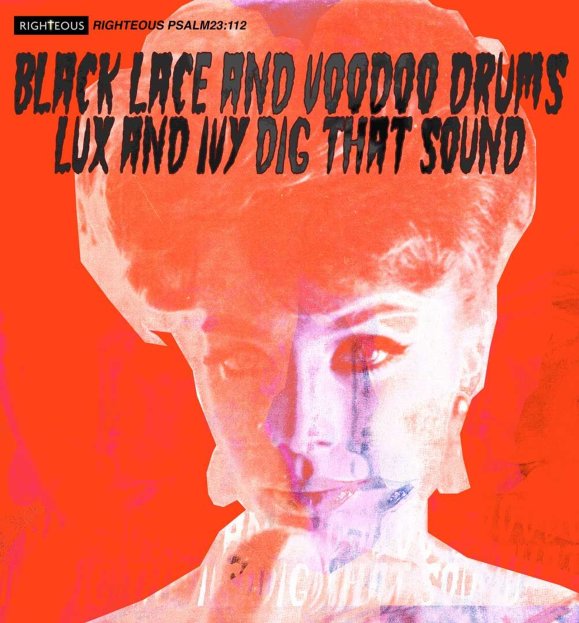 A wonderful world of weird and wild tracks from the 45rpm underground – exactly the kind of unusual records that first got Lux and Ivy inspired when they were first forming The Cramps! The mix of artists here is great – there's a bit of soul, a bit of rock, a touch of exotica, and plenty other unusual styles too – and cuts are marked both with unusual instrumentation and production techniques, and just an all-out effort to have as much fun as possible in the recording studio! Titles include "Leather Jacket Cowboy" by Pepper Pots, "You Tarzan Me Jane" by Glen Willings, "Mr Cool" by The Leeds, "Sugar Diabetes" by Eddie Banks, "Voo Doo Drums" by Aki Aleong, "Lose My Mind" by Herbert Henson, "Sound Off" by Titus Turner, "Pulp Wood Charley" by Wee Willie, "Pug Nose & Pony Tail" by Wally Hughes, "Atlantis" by The Blue Bells, "Shawnee" by The Premiers, "Cave Man" by The Vibrations, "The Inebriated Surfer" by Tornadoes, and "Black Lace" by April Stevens.  © 1996-2022, Dusty Groove, Inc.