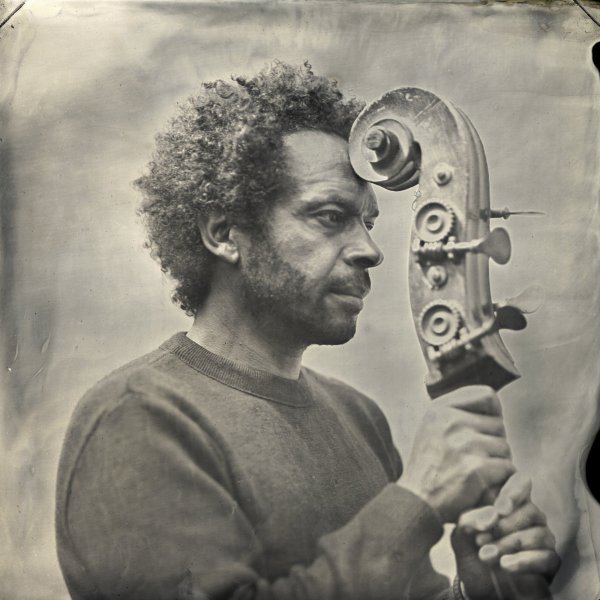 The first-ever album of solo bass work from Kham Meslien – a player whose contributions have graced a number of different groups in recent years, but who maybe sounds even more powerful here on his own! There's a warmth to the music that makes the solo bass performance very different than the sort of set you'd hear on ECM – a lot more like French material of the 70s, especially some of the music of bassist Henri Texier in his youth – with colors and feelings that come from beyond the boundaries of jazz, but worked together with a warmth on the instrument that balances improvisation with a subtle sense of structure. Titles include "Ta Confiance", "Mauza", "The Alarm", "Kar Kar Kar", "Gnawen", "F Comme", and "La Saule Pleureur" – and Anthony Joseph makes a guest vocal appearance on "La Coleur".  © 1996-2023, Dusty Groove, Inc.

Hymne Au Soleil
Heavenly Sweetness (France), 2022. New Copy
CD...$14.99 19.99 (LP...$26.99)
A beautiful hymn to the sun from saxophonist Laurent Bardianne – an artist who's not afraid to play with the rhythms a bit, while still offering up some jazz-based material at the core! Bardianne plays tenor in a quintet that also has lots of great Hammond organ from Arnaud Roulin – ... CD

Trouble Man
Heavenly Sweetness (France), 2010. New Copy
CD...$4.99 16.99
Robert Aaron is an unusual figure on the New York scene – a farther part of the no wave scene in its glory days, yet also a musician who was also playing outside on the streets around the town too – maybe something you wouldn't guess from his image on the cover! This set brings back ... CD