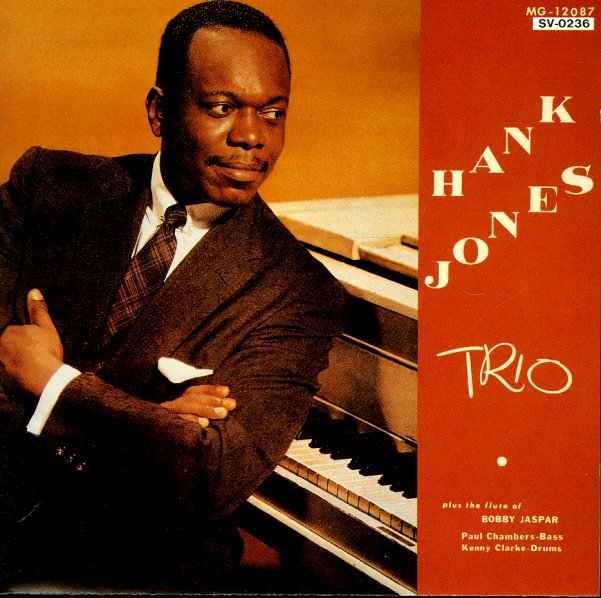 Hank Jones Trio – Plus The Flute Of Bobby Jaspar

Early Hank Jones session for Savoy, that, despite the "trio" tag in the title, is actually a quartet session with Paul Chambers on bass, Kenny Clarke on drums, and Bobby Jaspar on flute. With a lineup like that, you can imagine how well the session stands up, and the added flute makes it groove in a way that stretches past the usual trio session from the time. Plus, the tracks are nice and long (there's only 4 of them on the LP), which lets Jones show off his strong talent for warm lyrical soloing, especially on the tracks "Minor Contention" and "Spontaneous Combustion".  © 1996-2020, Dusty Groove, Inc.
(Japanese pressing, with insert!)