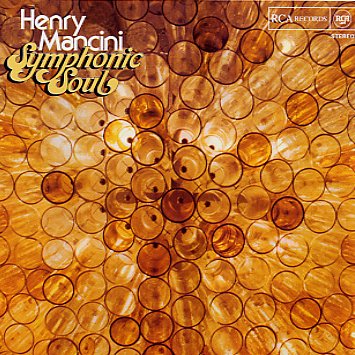 One of Henry Mancini's grooviest LPs from the 70s – a mixture of tight large arrangements with a smooth funky edge, similar to some of his best soundtrack work at the time! The rhythm section is great – with Harvey Mason on drums and Joe Sample on keyboards, and guitar by David T Walker and Dennis Budimir – and the album also features some cool solos on instruments like African finger piano and piccolo trumpet. The whole thing bounces along with a majestic approach that's very full and complicated – yet also tight and funky! Lots of nice groovy tunes – and titles include "Sun Goddess", "Symphonic Soul", "Soul Saga", "African Symphony", "Slow Hot Wind", and "Satin Soul".  © 1996-2022, Dusty Groove, Inc.
(Cover has a cut-out hole but is nice overall!)