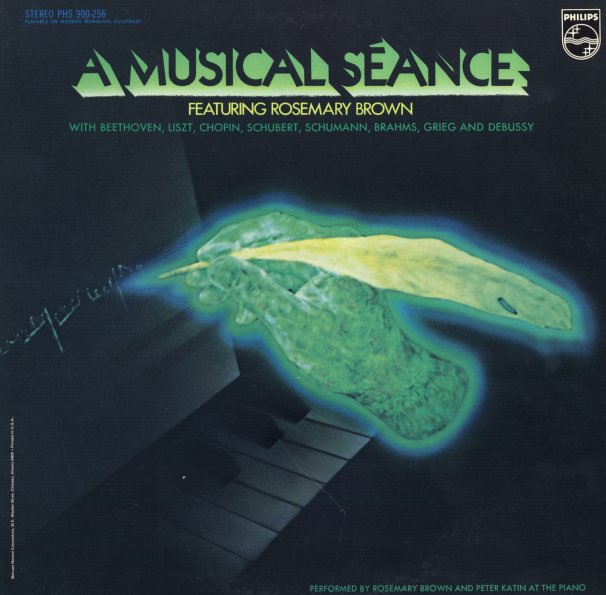 Spooky stuff! Pianist/spiritualist Rosemary Brown communicated with a number of the great dead composers – like Liszt, Debussy, Schumann, Chopin, and Beethoven – and they all gave her scores to works that were not known to the rest of the world of the living. Rosemary and pianist Peter Katin play the pieces, and if you know anything about dead composers, you'll be pretty darn spooked out!  © 1996-2021, Dusty Groove, Inc.
(Includes the booklet! Cover has a split top seam.)

Complainte Amoureuse
Philips (France), Late 60s. Very Good
LP...$11.99
Nice late 60's session by Juliette Greco, featuring the sexy French singer backed by two different orchestras – those of Alain Goraguer and Francois Rauber. The LP's got a nice mix of material, including a lot of songs we've never heard of, and which seem to be exclusive to this LP. Tracks ... LP, Vinyl record album

Ole! Bossa Nova
Capitol, 1963. Very Good+
LP...$7.99
Classic pop bossa material from the Capitol scene, featuring a host of groovy jazz players backing up the breezy guitar of Laurindo Almeida. Although the album's not totally authentic bossa material, it does have a nice swing to it, and is easily as pleasant as some of the Verve sides from the ... LP, Vinyl record album

Now Sound – For Today's Lovers
Capitol, 1969. Very Good+
LP...$4.99
A record that's definitely after our own heart – in case you couldn't tell from the title! The set has Jackie Gleason expanding his bag a bit for the late 60s – moving from the easy sound to the "Now Sound" – with the help of some cool electric sitar, pictured on the ... LP, Vinyl record album

Woman
A&M, 1979. Very Good+
LP...$2.99
An ambitious album by Burt Bacharach – recorded with the Houston Symphony Orchestra, but done straight in a four hour session – which gives the set a sense of liveness and spontaneity that's quite fresh, and which escapes some of the 70s studio overindulgence of the time! Most tracks ... LP, Vinyl record album